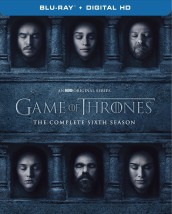 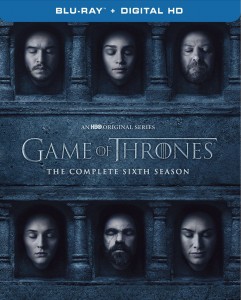 GAME OF THRONES: THE COMPLETE SIXTH SEASON – For me, Season 6 of GAME OF THRONES may be my favorite so far. Really because it was a culmination of everything we have seen so far come together and form into a series that seems one step closer to actually having a final ending. Previous seasons, we didn’t know how things were going to end or if they would end because so many loose ends were flying about. Season S6 changed that and in a big way by namely killing off a lot of characters we have met so far including some beloved ones (while sneakily working in his origin at the same time) and giving us some justice for some of the wrongs we have seen doled out to many of the protagonists. But beyond this mass exodus of characters due to murder, Season 6 has two of the best two episodes of the show that has ever been done in “Battle of the Bastards” and “The Winds of Winter.” These two make a show like GAME OF THRONES go from being a really good series, to being a great series much the way episodes “Ozymandias” and “Say My Name” did in the final season of BREAKING BAD. 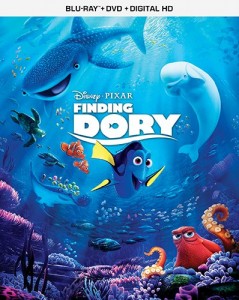 FINDING DORY – Given how many amazing looking films Disney and Pixar have done of the past decade it is quite a feat when I say that FINDING DORY may be the best looking Pixar film yet. Water is hard to render graphically and yet here in DORY we get it constantly and looking simply amazing. The character design and detail of the animals from a simple baby fish to a giant whale are a site to behold. Sure, the storyline of Dory (Ellen DeGeneres), a blue tang fish that has no short term memory, going to look for her parents that she lost when she was a baby is lacking in sophistication but given the target audience it works. Nemo (Hayden Rolence) and Marlin (Albert Brooks) return as well to help Dory who travels to an aquarium after hearing that’s where she originally was from before getting sucked out to sea in an accident. The kids will love it, you will be amazed at the digital animation and won’t be bored, which maybe the best thing you can hope for when is viewing them with family. Lots of cool stuff on the Blu-ray copy as well including a short film, some featurettes on the making of the film and much more. 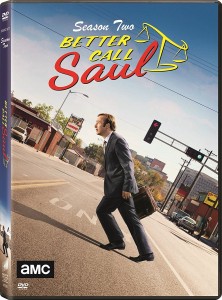 BETTER CALL SAUL: SEASON TWO – The thing that makes BETTER CALL SAUL a damn good TV show is that for as much as we know about Saul Goodman (Bob Odenkirk) from his character in BREAKING BAD, we oh so don’t know a damn thing about him. Saul working for the bad guys as a crooked lawyer just isn’t in the cards for him at this point in Season 2 of the show. Yes, he’s shady and underhanded but he hasn’t gone full blown into a criminal yet. Yet, being the key word because while Season 2 dealt with Jimmy (Saul Goodman is a nom de plume) trying damn hard to be legit and just failing at it at every turn either because of his a**hole brother or Jimmy’s lack of being able to control himself. Mix in Mike’s (Jonathan Banks) backstory as well (and also someone we knew but knew really nothing about), which is really enjoying as well and this show just hits on all cylinders. 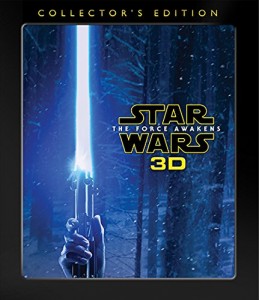 STAR WARS: THE FORCE AWAKENS 3D – This is obviously a re-issue of the latest STAR WARS film to coincide with the release of the soon-to-be prequel ROGUE ONE: A STAR WARS story. Good timing indeed. So what’s in this new version that’s different from the one you already own? Well, for starters this is the first time it is being offered in a 3-D version, so if you have the right equipment (3-D Blu-ray player, 3-D-enabled Television, 3-D glasses) this might be worth investing. Also there are new extras including a new audio commentary with director JJ Abrams, a sound design featurette, more deleted scenes, an interview with Daisy Ridley and John Boyega, a featurette on the weapons used in the movie and a costume design featurette. You also get all the old extras from the original Blu-ray release of THE FORCE AWAKENS. There’s also a digital cut of the film, which is always handy. 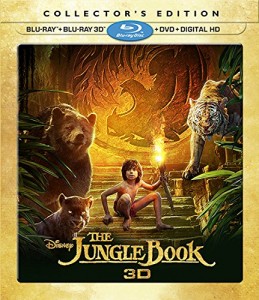 THE JUNGLE BOOK 3-D – Much like THE FORCE AWAKENS, this is a re-issue of the Blu-ray/DVD that just came out a few months ago. So again, what is different here than in the version you already own? Again, it is the 3-D aspect that is the biggest draw here. If you have the ability to watch 3-D movies, this is all ready to go now whereas before it was not an option. Also more bonus features including a really cool performance by Bill Murray and others doing “The Bare Necessities”, a making of the music featurette, special effects featurette, early animation featurette on Kaa, an interesting look at how the music of the film has captured the world and more. 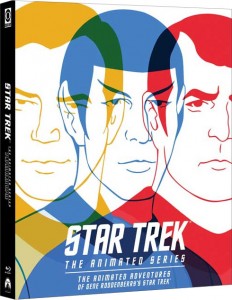 STAR TREK: THE ANIMATED SERIES – This is the first time the series has been offered in high definition Blu-ray as part of the 50th anniversary celebration of all things TREK. THE ANIMATED SERIES took place where the original series left off with Captain Kirk, Spock, McCoy and the rest of the crew voiced by the original actors continuing their voyages for another 22 episodes. Included in the Blu-ray set are 22 Juan Ortiz art cards to accompany each episode along with cover art that is taken from a time when things were groovier. Extras including a making of featurette on the drawing of the show, a storyboard gallery, a look at the animated series history and more.

The Dork Side: The problem with GLEE and its real “agenda”
TV Review: SOUTH PARK - Season 16 - “Butterballs”
TV Review: COPPER - Season 1 - “The Empty Locket”
Movie Review: HOW TO TRAIN YOUR DRAGON: THE HIDDEN WORLD