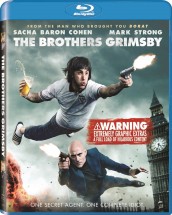 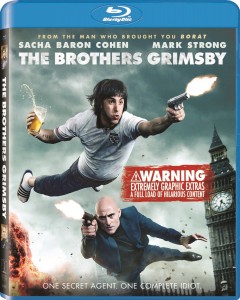 THE BROTHERS GRIMSBY – Sacha Baron Cohen is pretty known to push the limits of taste. THE BROTHERS GRIMSBY takes those limits to new bounds with loads of tasteless jokes about everything from pedophilia to the British to Donald Trump to AIDS and much more. But it is all in good fun in this spy spoof. Cohen plays Nobby, the brother of a deadly spy played by Mark Strong. Nobby has been searching for his brother since he tricked him into going with a foster care family and when the two are reunited it is anything but a healthy reunion as Nobby, being a klutz and essentially brain dead, just causes as many problems as any evil henchman could ever be to Strong’s character. Of course, in order to save the world, the two must come together and live through a variety of un-politically correct scenes and dialogue to do it. If you are a sensitive flower, this probably isn’t something for you. But if you can take a joke and enjoy tasteless humor, this has it in droves. 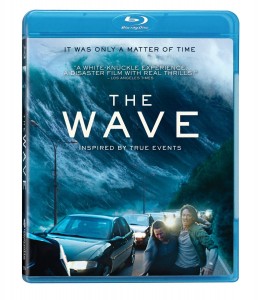 THE WAVE – I love a good disaster flick even those based on real events that scare the bejesus out of me because it drives home the point that things like THE WAVE could actually happen … or should I say did actually happen. The Norwegian action drama takes place in a small town with some of the best scenery you could ask for in a town. However, it also happens to be a town that is near a mountain. That’s especially bad news as it is a coastal town and when a huge ton of rock breaks off into the sea, the residents have just a few minutes in order to escape the coming tsunami that will ravage them. Despite it being a foreign film it is fairly easy to follow with a nice family and a geologist that knows something is wrong but has little time to do anything about it. Once the disaster happens it is a race to save as many as they can including his own family. THE WAVE has great special effects and the acting is really good as well. If you are a fan you will enjoy this action drama in a lot of ways and think twice about the mountain you live nearby. 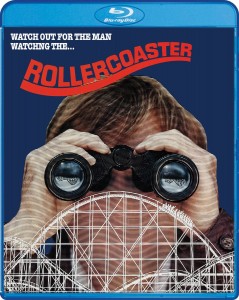 ROLLERCOASTER – The 70s flick about a terrorist capitalizing on Americans love of big theme parks get a big makeover via the folks at Shout! Factory in this first-ever Blu-ray version of the film. The by-the-numbers drama thriller begins with a massive explosion at a small amusement park and only escalates from there moving on to bigger and more advanced parks that have probably undergone a huge change since this was filmed. So it is cool to see what these parks were like in the 70s. Outwitted by the cunning terrorist and his ability to have greater technological tools than his police nemesis he begins a cat-and-mouse game with an amusement park safety inspector Harry Calder (George Segal), he foils the cops at every turn in the effort to gain money to stop his killing of innocents on rollercoasters. It comes to a head when he targets a grand opening of a new park and the cops have one last chance to stop him. While the thrills are mediocre at best here, it features a good amount of rollercoaster footage and just the fact the film takes place mainly in a number of amusement parks from the 70s is a cool thing as well. It probably looks the best it ever has as well which is also a nice feature. 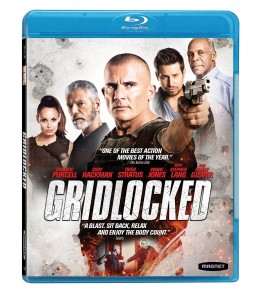 GRIDLOCKED – A group of cops get trapped in a building while they are working with a struggling actor trying to find more real material to draw from in this decent action flick starring PRISON BREAK alum Dominic Purcell and AVATAR’s Stephen Lang. Land is the bad guy, a former crooked cop looking to cash in on bonds stashed away a prison facility. Unfortunately for him Purcell and his crew of cops are there practicing and teaching the actor about being a real cop for his next role. Bottom line: This is a decent trapped in a building surrounded by endless amounts of bad guy red shirts and having to shoot their way to freedom flick. There isn’t much originality but the bits with the actor being thrown in the mix as part of this is a nice touch even if it has already been done numerous times over. 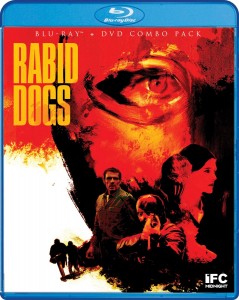 RABID DOGS – I’ll say this for RABID DOGS, it has one of the best twist ending you have seen for a while and that in no way did you or can you see coming. For that alone, this action thriller is worth staying until the final bullet has been shot but luckily the lead-up to the great final chapter is pretty damn good as well. A group of criminals robs a bank and kills a bunch of cops on their way out. They kidnap a man and his ill daughter as well as another woman that they hold for insurance the cops won’t come after them. But after a series of bloody events escalates the body count, they are forced to try and get them and the criminals must play cat and mouse until the impressive, twist finale.