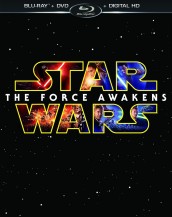 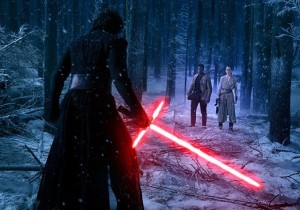 Not a lot more can be said about STAR WARS THE FORCE AWAKENS … it is a throwback to the original film (some would say just a remake of A NEW HOPE) but with fresh faces, some interesting ideas about what happened after RETURN OF THE JEDI.

I am a big fan of THE FORCE AWAKENS. Sure it borrows heavily from the original but after what we, as fans, went through with the prequels, this is what we needed. What everyone needed to get on board with the franchise again. And it delivers in spades with plenty of questions yet to be answered for future films and launched a whole set of new characters that we are already invested in with the throwback characters in the film as well to give it the weight it needed to connect the movies.

If you are the one person that hasn’t seen THE FORCE AWAKENS, rent or buy it now because you don’t have to have seen the previous movies to enjoy it as well (although it helps).

But I want to talk about the special features that come along with the Blu-ray version of the film, which are plentiful. They really packed the house with stuff and it is awesome that they did this for fans and for those that love seeing how things get put together.

There are a whopping nine featurettes included the first of which is “Secrets of The Force Awakens: A Cinematic Journey” which features J.J. Abrams and the actors of the film exploring how they went about making the movie. “The Story Awakens: The Table Read” where the cast new and old remember the first time they sat down and read the script. “Building BB-8” explores the initial design of the droid and the various incarnations that went through to get to the final product. “Crafting Creatures” shows how Abrams and his special effects crew chose to go with many practical creatures rather than CGI. “Blueprint of a Battle: The Snow Fight” shows how they choreographed the lightsaber battle between Rey and Kylo Ren. “John Williams: The Seventh Symphony” explores how the famous composer went about creating a new soundtrack with a mix of new and old. “ILM: The Visual Magic of the Force” shows the digital effects aspect which is a nice switch from the practical effects extra. There is also a featurette on a charity that was established based on the film and deleted scenes that are actually worthwhile seeing.

So you get a whole bunch of stuff in addition to a great movie. What’s not to like here?