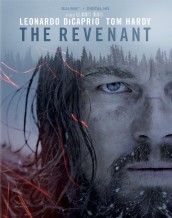 A brutal, violent yet beautiful revenge flick set in the pre-industrial American wilderness 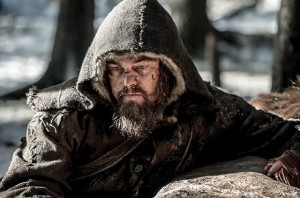 THE REVENANT is a pretty amazing film from a variety of perspectives. Not only does it capture the beauty of the American Pacific Northwest during winter in the 1820s where pelters are encroaching on Native American territory, but it also captures the harsh and brutality of the wilderness and the danger involved in such endeavors.

From the opening sequence that sees the Americans being attacked by a horde of Native Americans in one continuous brutal scene to the escape but not out of hot water yet as the Indians travel to kill the remaining men. Hugh Glass (Leonardo DiCaprio), responsible for helping most of those that remain survive, is attacked by a bear in a horrific scene straight out of a horror flick and left clinging to life. After no longer being able to carry Glass through the harsh conditions, Fitzgerald (Tom Hardy), Glass’ Indian son and another pelter stay with him. But soon Fitzgerald tires of waiting, kills Glass’ son and leaves him for dead in a shallow grave.

Glass picks himself up and must stay alive through eating rotten meat, avoiding Indians and surviving the winter in order to seek the revenge he wants for the death of his son. From the get-go, THE REVENANT puts you into this immersive world and through a mixture of beautiful environmental cinematography and sound and violent action sequences keeps you riveted to the plight of Glass and you yearn to see the revenge he seeks happen.

DiCaprio does a great job in the role here and worthy of the Oscar which he won for the performance and Hardy is a great, dastardly villain that you despise from the start and it only gets worse the more terrible acts he commits. With fine acting and amazing visuals THE REVENANT is worth owning but make sure you get it in high definition as it is certainly worth it.

Unfortunately, the only problem with the Blu-ray version resides in the extras where there is little to choose from. There is an image gallery, a previously released documentary on the making of the film and interviews with the cast and crew.