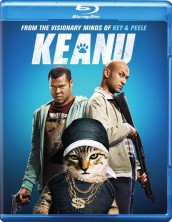 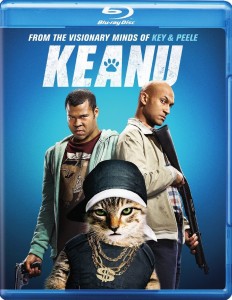 KEANU – If you have ever seen the comedy of Key & Peele you know the duo is famous for pushing the limits and making the smallest thing down right hilarious. And that’s exactly what happens with KEANU, who is actually a kitten that is kidnapped and the duo who play bumbling cousins must don new personalities in order to infiltrate a street gang in order to get the cat back. But it doesn’t stop just there, as their actions create a bigger escalation of violence among the gangs all trying to get their hands on … a kitten. Along the way we get plenty of violence including many hilariously brutal murders, some nudity, plenty of language and some raunchy humor. It earns its R rating and if you enjoy their Comedy Central show, this will be an amped up version of this and that’s a good thing. 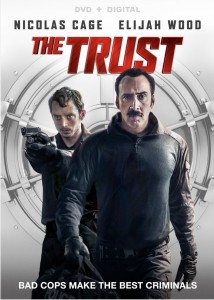 THE TRUST – This is a very interesting flick about a pair of corrupt cops (Nicholas Cage and Elijah Wood) that find what appears to be a major score in an odd placed safe above an apartment. So they come up with a master plan to break into the safe and steal whatever is inside (assuming its drugs or money or both). But things start to go bad immediately as Cage’s character is a bit off his rocker (and played by crazy Cage to its fullest) and he begins killing people. When they finally break into the safe, which is a huge container, they discover something much more than what they thought was in there. Filled with paranoia, the duo turn on each other and find they are in more danger than the first thought. Some cool twists in THE TRUST and a decent job from Wood. Cage is Cage in his crazy state so if you enjoy that version of him this will appeal to you. However, even if you don’t still not a bad thriller. 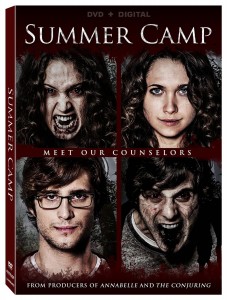 SUMMER CAMP – There are a pair of decent low budget horror flicks this week and both happen to be zombie-ish. The first is SUMMER CAMP which focused on four camp counselors at an English immersion camp for kids in Spain. A few days before the kids show up something goes horribly wrong and the counselors begin to be filled with rage killing anything in their path. The interesting thing here is that it is temporary, after a short period of time they come out of it and become normal again. When they discover the source and reason for their turning into mindless zombies, it becomes a race to survive each other and others around the camp that have become infected. Not really a zombie flick but close enough and a different enough take that it makes it interesting as those who were the bad guy 10 minutes ago are suddenly running for their lives in the next moment. Worth checking out if you enjoy decent zombie-ish horror with some new twists. 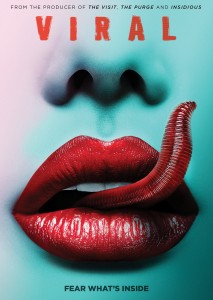 VIRAL – The second horror flick this week that is worth watching is VIRAL, another alternate take on zombie horror. This time it is a parasite that infects the populace and then forces the human to go around infecting others to spread itself around. The film focuses on two sisters that find themselves trapped inside a small town that has been quarantined because of the infection and without enough food, they begin to search the town and find out it is a lot worse than they first expected. When one of them becomes infected, the neighborhood next door crush has to help them survive a town that has become filled with shoot-first military and ravenous nasties. While you will question some of the decision making, it is a well-made small budget flick that has enough different in it from the average zombie fare that it is worthwhile checking out. 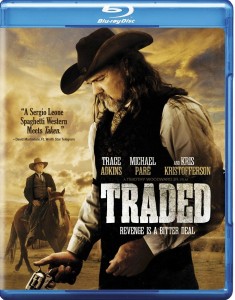 TRADED – I love me a good Western. Horror is probably my favorite genre but Western might be a close second because it is an era where anything goes. Gunslingers, brothels, booze swilling, horse trading and so on. TRADED is an alright Western, it has its moments specifically the gun fights and set pieces. However, the storyline drags quite a bit at times and takes a heck of a long time to get to the whole point. And the point is an aging gunslinger tries to track down his 17-year-old daughter after she goes missing and is assumed was sold or traded into prostitution. The gunslinger goes from brothel to brothel in neighboring towns in order to track down his daughter making a mess as he goes, killing anyone associated with the deal that saw his daughter traded for a material object. Again, not the best Western out there but if you are looking for something to tide you over until something better comes along, this might do the trick. 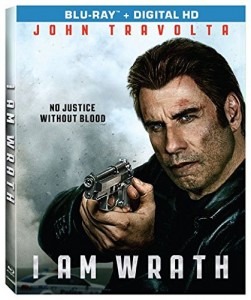 I AM WRATH | © 2016 Lionsgate Home Entertainment

I AM WRATH – The age of digital home video has shifted many actors into the roles they land. Straight-to-video has become a staple for many former A-listers that have found it difficult to find work anywhere else. Just the way it goes. You spend many years working on top bill projects and suddenly the phone stops ringing. John Travolta seems to be the latest to have fallen into this role but luckily he’s still being a confident actor and in I AM WRATH he does a good job in an action vigilante flick. After his wife is killed by street gangs, Travolta, who happens to be an ex-black ops soldier, must take his revenge into his own hands after corrupt cops let the killer go free. But the corruption doesn’t stop at just the police and in order to get to the heart of the cover-up he’s gotta take a lot of people down. Again, not a top tier action flick but it does the job in a pinch if you are looking for something fun to watch.