Home » The Girl on the Train review 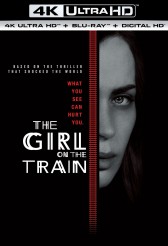 © 2017 Universal Home Entertainment
THE GIRL ON THE TRAIN
Columns

THE GIRL ON THE TRAIN highlights Blu-ray, DVD and Digital Releases for Jan. 17, 2017 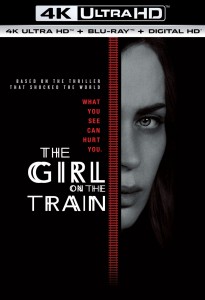 THE GIRL ON THE TRAIN | © 2017 Universal Home Entertainment

THE GIRL ON THE TRAIN – They don’t make movies like this much anymore in Hollywood. A straight thriller that’s R rated featuring lots of adult themes, nudity and sex. Of course, death, mystery and twists are also in the mix. In previous decades, movies like this were common like FATAL ATTRACTION, THE HAND THAT ROCKS THE CRADLE, THE AFFAIR and many more. THE GIRL ON THE TRAIN is all about smoke and mirrors, building a case that someone has committed a brutal murder without having all the knowledge of what actually happened. Emily Blunt plays an alcoholic divorcee that rides a train every day and watches her former husband and someone that lives next door go about their lives. She envies them in every way for what she lost and what she believed was her fault. When a young woman goes missing she inserts herself into the investigation but she is also a suspect having blacked out the night she went missing and waking up covered in blood. Slowly she begins to put the pieces back together not just of that fateful night but of her cloudy relationship with her husband that is not everything she longed believed it to be. THE GIRL ON THE TRAIN is a fun throwback and gives hope that Hollywood will look to further invest in movies such as this as the genre is definitely not dead, it just went into hibernation for a while. 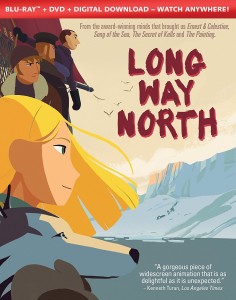 LONG WAY NORTH – A gorgeous hand-drawn film set in 19th century Russia that follows a teenage girl that goes in search of her long-lost grandfather that supposedly failed to find the North Pole and brought shame to her family. She runs away from her family, gets mixed up in adventures, survives a shipwreck and finds herself in a lot more danger than she expected. However, Sasha is incredibly strong and has an amazing internal courage that pushes her to find her grandfather. With a number of interesting metaphors on life and loyalty, LONG WAY NORTH is not just great for kids but adults will enjoy the beautiful animation and storyline that anyone can relate to. 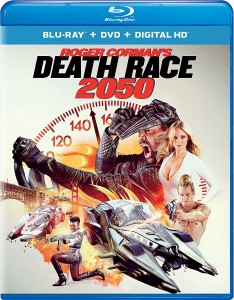 DEATH RACE 2050 – Like THE GIRL ON THE TRAIN, DEATH RACE 2050 is a throwback to Roger Corman’s low-budget, over-the-top, brainless action flicks gone by. Instead of a sequel to the DEATH RACE films, this is purportedly a remake of the original DEATH RACE where wild drivers get behind the wheels of murderous cars in a race across the country that has been overtaken by corporations. The goal is to rack up as many points as possible by committing vehicular homicide – kids and old people count double – as a way of thinning the heard of population overgrowth. Total leave your brain at the door flick but entertaining filled with so-bad its good puns and special effects. Worth checking out for the mindless entertainment value. 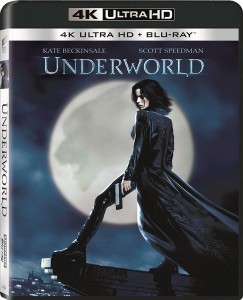 UNDERWORLD in 4K – With UNDERWORLD: BLOOD WARS making its short-lived run in theaters, this is the perfect time to release the wholeheartedly better and franchise making original back onto video this time in stunning 4K resolution. Much like when Blu-ray first debuted, 4K gives that much more to the movie watching experience. Vivid colors, amazing picture, better sound. All of this makes for great viewing and it really shows in a movie such as this where there are plenty of special effects and action sequences. Plus, the 4K release includes a digital copy which is always handy for taking on mobile devices. 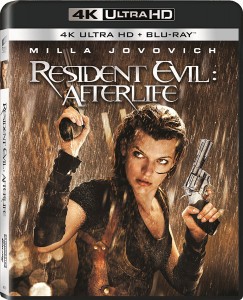 RESIDENT EVIL: AFTERLIFE in 4K – Another case where releasing something with current tie-ins makes sense. With RESIDENT EVIL: THE FINAL CHAPTER coming to theaters in late January, the re-release of the fourth movie in the franchise is a visit to pretty much all of the same movies. Critics never really like these films but they always seem make enough money (usually thanks to international sales) that they keep coming back to theaters. And while Milla Jovovich is always good, the storylines sometimes get bogged down with trying to one-up the last with crazy zombified creatures or cool Umbrella traps that seem to derail the narrative. Luckily, in 4K everything looks that much better and given how many special effects in this film and action sequences, the higher resolution pays off.