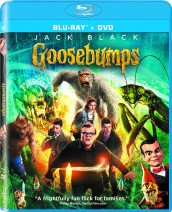 The last week of the month in video releases are either jam packed or slim pickings, the latter is the case this week but there is still some decent stuff to check out. 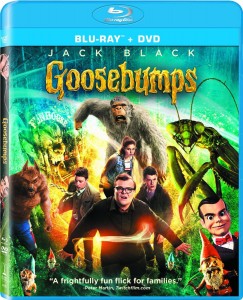 GOOSEBUMPS – Now usually when you take a fan-favorite children’s franchise, slap it with high amounts of CG and an all-star cast everyone gets their panties in a bunch about ruining their childhood or driving a stake through the heart of whatever was left of the history. But GOOSEBUMPS the movie was actually wildly well received by critics and fans alike. Maybe that’s because they didn’t just take the rights to the show and turn it into a dumpster fire. Instead, they put some effort into the film and gave it a nice mix of humor and content for both adults and children to enjoy. Now it won’t be for everyone as it gets rather scary at times but as an adult you will have no problem enjoying what is here. It follows a classic JUMANJI or ZATHURA format where a young boy accidently unleashes the real life monsters that R.L. Stein has written books on and has kept locked away in his books for many years. The boy with help of Stein’s daughter and others must fight their way through numerous beasts and ghouls in order to capture them once again or lest they wreak havoc on the world. If you have older children, this one will find them wanting more and you won’t be disappointed either. 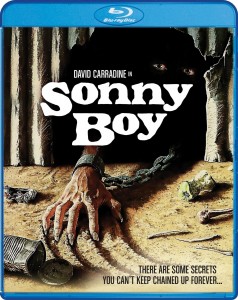 SONNY BOY – Scream Factory has been dishing out some great content over the course of the last few years bringing some of our beloved horror treasures back to life in stunning high definition. Others such as Arrow Video and Blue Underground have been doing the same. Every so often, however, they get a hold of something so bizarre that you can’t help but watch and be amazed even if you aren’t clearly enjoying what you are seeing. SONNY BOY definitely fits into this category. To call it strange is an insult to the word. It’s not really any genre of movie you can label because there is so much weird sh** happening. First, some really awful people (including David Carradine playing a woman) kidnap a young boy and raise him to be a Pitbull by torturing him, cutting out his tongue, routinely burning him and then using him when he grows older to kill the enemies of small time crook Slue (played by Paul L. Smith). But when the rabid human goes too far and kills off a number of people in the town, they rebel and aim to kill everyone involved in raising the kid. Off the wall is understatement. Good maybe not, extremely interesting and odd, definitely. 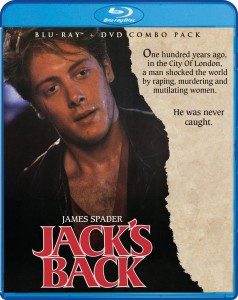 JACK’S BACK – On the 100th year anniversary of Jack the Ripper, someone is creating their own bloodbath on the streets of Los Angeles in a similar fashion. The police believe one man to be the suspect (played by James Spader) but he actually holds the key to solving the crimes. The classic horror film has been long dead on video for a number of years and the good folks at Scream Factory have given it new life with the release of the movie for the first time in high definition. This is one of those films that could have been a horribly formulaic fluff that gets lost in the cauldron of 80s horror flicks that were released back in the day but a good performance from Spader, a decent soundtrack and some interesting twists make it a film that holds up pretty darn good and now looks even better with the Blu-ray treatment. 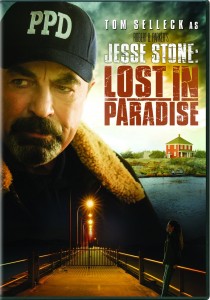 JESSE STONE: LOST IN PARADISE – Tom Selleck has made quite a good post-popular career out of being JESSE STONE, a small town police chief that has his own demons but is damn good at solving crime. Here, he agrees to track down a serial killer in Massachusetts in the latest adaptation of the Robert B. Parker novels that aired originally on The Hallmark Channel. Chances are good that if you enjoyed the first eight movies based on the novels you will enjoy this as well as this has all the similar trademarks of the other films where there is danger involved in bringing up a cold case that has long been lost but the benefits of solving the case become too important to turn away from. 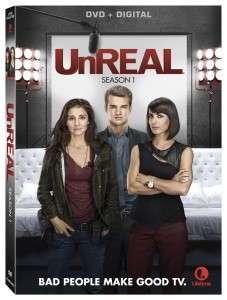 UNREAL: SEASON 1 – You’ve probably heard of UNREAL at some point during its run on Lifetime. The show that is a scripted drama about the behind-the-scenes workings of a BACHELOR-type reality show. THE BACHELOR cast and crew even came out at one point to dispute some of what was happening has poppycock, which to me makes what you see during the 10-episode run that much closer to reality than what the reality show actually edits. Here, behind-the-scenes producers are manipulative and conniving, getting woman chasing a handsome Englishman to do things they don’t want to do, crossing moral barriers to get good TV and engage in a variety of sexual encounters. All in an effort to gain favor in Hollywood or move up the ladder of television. While much of it is an obvious parody of what actually happens, one has to wonder what actually goes on sometimes during these shows. If you enjoy a funny docudrama, you’ll get a kick out of UNREAL. 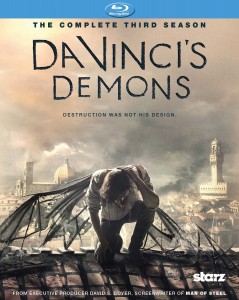 DA VINCI’S DEMONS: THE COMPLETE SEASON THREE – If you are not familiar with the Starz series DA VINCI’S DEMONS, the series follows a young Leonardo da Vinci who searches to uncover the truths about history and life in a world where certain men are doing everything in their power to hide it. In Season 3, Leo finds himself in battle between the Ottoman Empire and a Crusade sent by Rome. Leo sees a chance to join the Crusade and fight the Turks but when a series of murders hits parts of the Roman Empire, it threatens to turn the war one-sided and against what he has been fighting for. All the while we get lots of interesting characters that are on one hand charming, on the other dangerous and intelligent. While some of the consistency with the show is flawed, it still has good enough moments to be enjoyable if you like history-bending type shows with flare and batsh** crazy ideas (in a good way).