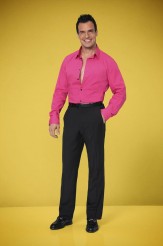 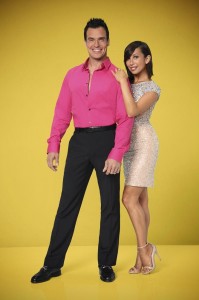 WOW! It was another shocking night on DANCING WITH THE STARS, and not just because it was a Spooktacular Halloween episode. No, week seven brought on the horror in its theme and the terror in its steps, but nothing, and I mean nothing was as spellbinding as the elimination of hunky Antonio Sabato Jr. & Cheryl Burke. Now, granted, he is not the most elegant of dancers, Alfonso Ribeiro has long been the male favorite of the season, but what is so eerily ghoulish is that continual low scorers Michael Waltrip & Emma Slater, not to mention also wadding at the bottom Tommy Chong & Peta Murgatroyd, are safe…AGAIN! Team Itsy Bitsy outscored Team Creepy by four points, giving reigning team dance king Derek Hough another notch on his ever growing bravo chart. The question is, How long will Waltrip be able to milk this? It seems, although the judges are ready to see him exit the show – clearly by their not so sugar coated remarks they feel he should be debunked, the fans loooveee him. His winning and charming personality outruled the judges cynicism. Week eight and seven left…stay tuned.

Sadie Robertson and her partner Mark Ballas
Creative and entertaining. Inaba was not impressed. Goodman thought the theme got in the way of the Paso Doble. Hough said to continue her lines.
Scores: Inaba – 7, Goodman – 7, Tonioli – 8, Hough –  8, Harland – 9

Alfonso Ribeiro and his partner Witney Carson
Not his forte’ but still solid. Inaba was impressed. Goodman called it a proper Rumba. Tonioli said it was captivating.
Scores: Inaba –9, Goodman – 9, Tonioli – 9,  Hough –  9, Harland – 9

Michael Waltrip and his partner Emma Slater
He ran out of steam. Inaba wanted him to do well. Goodman told him he was running on empty. Hough called his Jive a nightmare. Tonioli said there was no Jive.
Scores: Inaba – 5, Goodman – 5, Tonioli – 5, Hough – 5,  Harland – 6

Bethany Mota and her partner Derek Hough
Not my favorite, although good. Inaba called it fascinating, while Hough called it fierce and Tonioli said it was fantastic. Goodman, however, thought the dance got lost in the production.
Scores: Inaba – 10, Goodman – 9, Tonioli – 10, Hough – 10, Harland – 9

Janel Parrish and her partner Valentin Chmerkovskiy
Again, I disagree with the judges. Inaba told her to point her toes. Hough said they were missing the proper Viennese Waltz moves. Tonioli called it beautiful.
Scores: Inaba – 8, Goodman – 7, Tonioli – 8, Hough – 8, Harland – 9

Tommy Chong and his partner Peta Murgatroyd
Charming. Inaba thought it was off tempo. Goodman said he was very watchable. Hough said he did it again. Tonioli  said he was quite good in hold doing his Quickstep.
Scores: Inaba – 7, Goodman – 7, Tonioli – 7, Hough – 7, Harland – 7

Who went home: Antonio Sabato, Jr. & Cheryl Burke
Who Has Legs To Take Home The Mirror Ball: Alf is in ‘da house!