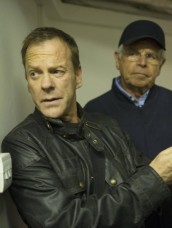 The ballad of President Heller 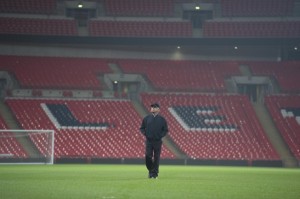 President Heller (William Devane) makes a grand gesture to save London from the drone attacks in 24: LIVE ANOTHER DAY | © 2014 Daniel Smith/FOX

In what has to go down as one of the most unique moments in the history of 24, the freaking President of the United States, Heller, was murdered by an unmanned drone owned by the very government he supposedly ran. Now saying this is one of the most unique moments is saying something for a show that has prided itself on epically killing off a number of characters over the seasons – many of which were beloved and came out of left field as a shocker.

But given the circumstances here, this is a pretty big thing. Heller traded his life for the lives of countless innocents in London that would (and may still) be bombed by the terrorist Margot Al-Harazi (Michelle Fairley) who earlier in the season took control of a number of U.S. drones as a revenge plot against Heller, who killed her husband and others in a raid some time ago. Fearing he had no other recourse, President Heller sacrificed himself in the middle of Wembley Stadium in exchange for Al-Harazi’s pledge that she would destroy of the drones after getting what she wanted. And obviously what she wanted was Heller dead.

It was a bold move by a guy that has a pretty long history on the show. Heller originally cropped up during Season 4 when President Logan initially took office after President Keeler was killed. He was Secretary of Defense and along with his daughter Audrey (Kim Raver) were kidnapped by a terrorist group but were saved by Jack (Kiefer Sutherland). Thus leading to the relationship between Audrey and Jack and a pretty good relationship between Heller and Jack.

In Season 5, Heller, still Secretary of Defense, discovered the bad deeds Logan was doing but was fired after confronting Logan about the situation and nearly died again at the hands of one of Logan’s cronies. Jack once again making the save. Jack and Heller had a falling out in Season 6 after Audrey went to China to try to rescue Jack after he had been given to the country for crimes against the embassy. In China, Audrey was presumably tortured and left in a catatonic state where Heller blamed Jack for what happened to his daughter.

Fast forward to this season where Heller, suffering from the early signs of Alzheimer’s, presented a president that was honest and tough. One firm in his convictions but willing to negotiate for what he wanted and thought was right. As presidents on 24 really are at all times in danger, it isn’t a surprise that Heller was killed but in the manner in which he was is pretty off the scales. While some have been ambushed, had their plane exploded, assassinated, or taken hostage, death by drone may be hard to top.

Heller was a great character on this show throughout the years because he never changed from the person that they wrote him to be. Where he saw wrongs, he called them out. Where he saw dedication and sacrifice, he labeled it as such and acted appropriately. Much like President Palmer, he never wavered in his convictions and that is an amazing thing on a show where outside of the main character everyone wavers on everything.

With an episode that was a mix of an escape picture, a desperate attempt to find a solution other than Heller sacrificing himself and the moment where Heller dies, 24 delivers in all aspects of television. This was an hour of damn good TV.