Exclusive: SMALLVILLE star Cassidy Freeman talks about the end of the Superman series 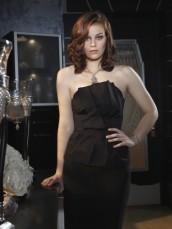 Exclusive: SMALLVILLE star Cassidy Freeman talks about the end of the Superman series

The actress talks the evolution of Tess and dying on SMALLVILLE 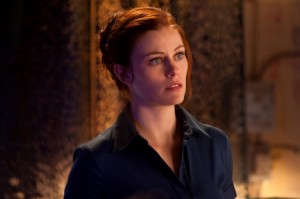 Before that show got up and running a lot of fans know her best as Tess from the long running CW series SMALLVILLE, and she did a guest star run on another popular CW show THE VAMPIRE DIARIES.

She spoke to ASSIGNMENT X recently about the end of SMALLVILLE and how she felt about the demise of her character and transitioning from bad to good on the series.

ASSIGNMENT X: How did you feel about the final episode of SMALLVILLE and Clark finally donning the Superman costume?

FREEMAN: I loved the final episode. It seems so long ago at this point, but it was just over a year. I remember reading it and almost crying because it was such a beautiful wrap up. There was a lot of pressure for the show runners. Ten years, such an iconic character, such a hugely loved and watched show; and they wrapped it up really well. I’m glad Tom (Welling) signed on for the tenth season because he really didn’t have to and I think it needed it. It was a beautiful bow.

AX: If all involved had been willing, do you think it could have gone for another season or two?

FREEMAN: I think that show could be like a soap opera and could go on for thirty years if it really wanted to. As long as we could find some kind of youth serum so none of us age. [Laughs] I think if it had gone on another season it would have been out of sadness and not wanting a show you love to end. I think it was the right time to wrap it up. 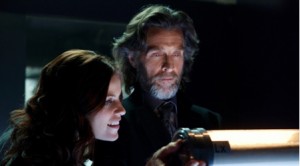 AX: How did you feel about Tess’ ending?

FREEMAN: It was a big 180 at the end. I wasn’t supposed to die and then Michael Rosenbaum said he was coming back, and the producers told me I had to die. I thought, “OK”. To be honest I actually loved how she ended, because she was a martyr. I love that she played a part in the story that sets it up for how we know Superman; where the story picks up later with Lex Luthor not knowing anything about Clark Kent or Superman. I loved that she played that part and then kind of faded away again into the background of being dead. I think I died four times on SMALLVILLE. She floated away because she wasn’t a real character; she was an awesome mixture of two characters. I just love that it set it up so perfectly for how we know Superman after that.

AX: Did you like becoming a full time hero by the last season?

FREEMAN: Oh yeah! Hell yeah! Being a villain is fun, but you can only make that face for so long, and then you have to start smiling. It’s just movement. When I read a script, the first thing I look towards is whether or not the character changes at all. That’s what makes them interesting and human, because we’re all constantly going through change. So if a character has an arc, whoever it may be, if they start in one place and something inspires them to change and be something else that’s a story. So Tess to me was the most human character on that show; she came in one way and left a completely different way. Which I thought was awesome.

Related:  Exclusive interview with Erica Durance on the Season 10

Related: ASSIGNMENT X’s interview with Phil Morris on being the Martian Manhunter