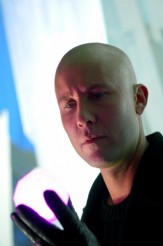 It’s about time Michael Rosenbaum returned to SMALLVILLE as Lex Luthor and as Season 10 winds down and the two-hour series finale arrives on May 13 on The CW. The teaser trailer for the finale is here and it’s a good one.
TV Line got the scoop, and you can check it below.