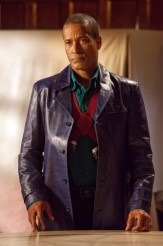 As his new TV One series is about to debut, the actor talks about his desire to wrap out his arc on the long-running CW series

While talking about his new sitcom LOVE THAT GIRL! set to debut January 10 on TV One, ASSIGNMENT X caught up with star Phil Morris to chat about the new series as well as his character of John Jones/Martian Manhunter on the CW’s SMALLVILLE. 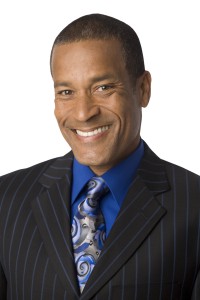 Currently in its final year, we asked Morris if he’d like to return to SMALLVILLE and wrap out his arc, which he admits he’d love to do.

“I’ve called them a few times,” he admits. “They love my character and love me. I’m not an integral part of that show as far as they’re concerned. After ten years, they have a lot of storylines to wrap up and a lot of stuff to tie off with Superman and Clark Kent, Lois and Cassidy Freeman’s Tess Mercer character and my boy, Justin Hartley, who I absolutely love. So when they come up with a storyline that’s appropriate for me to do. Yes.”

While Martian Manhunter did show up in the shadows in “Icarus,” Morris didn’t play him, but he does hint that the SMALLVILLE producers love to set up events that get paid off at a later date.

“What they do is they set up and foreshadow, so they’ll foreshadow with an episode like that,” he says. “Then they’ll say, ‘hey man we have the episode for you, are you available?’ and hopefully I’ll move heaven and earth to try to get up to Vancouver and do it.”

But the big question is, has he had conversations with the producers about returning?

“I think they want to get me in there before the end of the season – I don’t know how it’s going to be, I don’t think they know,” says Morris who confirms there is a strong possibility he’ll return. “Absolutely, no doubt about it.” 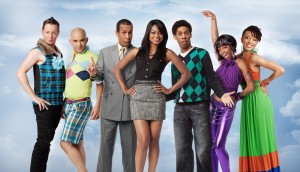 As for his new show LOVE THAT GIRL!, it’s a traditional four-camera sitcom for TV One where he plays the dad of Tatyana Ali. What he loves about the show is it’s a chance for him to let loose and be funny, instead of the more serious dramatic roles he’s best known for.

“It’s a wonderful, quaint, fun comedy we’re doing and I’m enjoying it,” he says. “The audience wants this, they don’t see something like this anymore.”