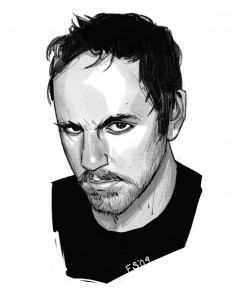 Moving from broadcast Fox to streamer Netflix, and knowing where the show was headed in terms of its conclusion allowed the makers of LUCIFER to experiment with form. This meant that in Season 5, we got “Bloody Celestial Karaoke Jam,” in which God (Dennis Haysbert) decides it would be enjoyable to have everyone express themselves in song and dance. God’s angelic sons Lucifer (Tom Ellis) and Amenadiel (DB Woodside) are the only ones who know this is happening – Lucifer is furious, especially as it makes him sing his innermost thoughts to his father.

Then, in Season 6’s “Yabba Dabba Do Me,” Lucifer and his love Chloe Decker (Lauren German) find themselves trapped in somebody else’s Hell loop, which is entirely animated – as are Lucifer and Chloe.

In Part 7 of our exclusive interview with LUCIFER writer/co-executive producer Mike Costa, he tells us how the musical and animated episodes came into being.

“Bloody Celestial Karaoke Jam,” Costa relates, was primarily the brainchild of executive producer Ildy Modrovich who, with fellow EP Joe Henderson, was one of LUCIFER’s show runners. Modrovich did the bulk of heavy lifting on the episode.

“But the one contribution that a lot of us were making was finding the songs,” Costa says. “Because one of the biggest challenges of the musical episode wasn’t just the production and having to do all these big numbers, and things we’d never done on that scale on the show before, it was getting [the rights to use] the music.

“Because not every song is available. We wanted to use [some] songs, but certain artists, who I won’t name, were not comfortable with their songs being used on our show for whatever reason, maybe because they hadn’t seen it and didn’t know what it was, or maybe they had seen it, I don’t know. But you have a list of songs you want to get, and then it slowly changes, because you can’t get this song, or this song is too expensive,” Costa laughs. 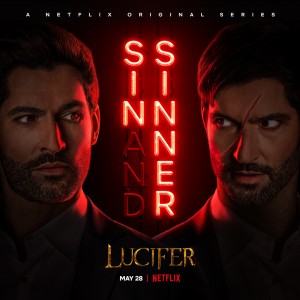 Continuing, Costa explains, “We do have to pay money for these songs. Some of them are very pricey, and we have a certain budget that we have to stay within. So, maybe we can do one very expensive song, but then the other ones have to be less expensive. Or we can do a bunch of moderately expensive songs. That was the hardest thing, because we couldn’t just pick any song and drop it in, the way we kind of can when we’re doing a normal episode and we have a song playing in the background. Worst-case scenario, we can change that at the last minute. You want the song to fit the scene, but there might be a lot of songs that do that, and you can make a decision rather quickly.

“With this, we had to have the songs before we even started shooting, because they’d have to sing and dance to them, so that was the most difficult process. ‘Okay, so the beginning song is going to be this, and the song that Dan [played by Kevin Alejandro] is going to sing is this.’ Because they all have to work for the story as well; it can’t just be any song. And we had a lot of options that we just couldn’t get, and we had to be like, ‘Okay, what about this one? How about this?’

“There was a lot of times that Ildy came back into the writers’ room, and said, ‘All right, we couldn’t get this song. What other song do we think would work here?’ So, I definitely was part of those brainstorming sessions, but in terms of the production, that was all Ildy and Sherwin Shilati, the director, who was very close to the show. They really killed that episode.” 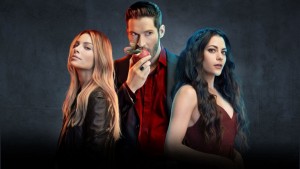 The timing was fortuitous, Costa adds, because, in the middle of COVID restrictions for shooting, “Every scene in the show that’s animated is a scene where we don’t have to shoot it with actors. So, that was very COVID-friendly as well.

This wasn’t more work for the writers, actors, and normal production team, Costa notes. “It’s work for a team of animators. But then we have to look at every prop that’s part of the process, and approve it. Only Joe had to do that stuff, but he was really great about including all of us, so that we could be part of the process, too. Every time he’d get in an animatic or a scratch track, he’d show us. So, it was really cool and fun.”

Related: LUCIFER: Exclusive interview with writer and co-executive producer Mike Costa on the spiritual side of the series – Part 5