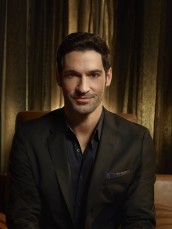 Why Lucifer and Chloe have a child 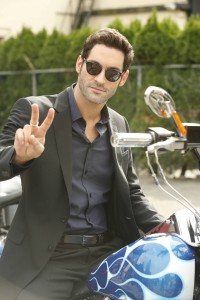 LUCIFER’s sixth and final season – all seasons are now streaming on Netflix – is largely propelled by the time-traveling arrival of the angel Rory (Brianna Hildebrand). Spoiler alert: Rory is the grown child of Chloe (Lauren German) and Lucifer (Tom Ellis). Rory adores her mom and sister Trixie (Scarlett Estevez). However, Rory’s fury at Lucifer for apparently abandoning her and Chloe before Rory’s birth in the present has magically swept Rory from twenty years in the future to present-day Los Angeles for a confrontation.

This dovetails with Lucifer’s ultimate decision to return to Hell as a new kind of ruler, with Amenadiel’s (DB Woodside) becoming God, and with Chloe’s going back to the LAPD to try to repair the organization from within.

In Part 6 of our exclusive (and extensive) interview with LUCIFER co-executive producer/writer Mike Costa, we discuss the ramifications of Rory.

Originally (as was discussed in earlier sections of this interview), LUCIFER was supposed to end with Season 5. When word came that the series was getting a sixth and final season, Costa says that Lucifer and Chloe having a baby together was definitely the idea of executive producers/show runners Joe Henderson and Ildy Modrovich. “I don’t know which one of them came up with that, but when we started talking about Season 6 – Season 6 was one of the few seasons that we didn’t really talk about before we finished the previous season, because we didn’t know it was going to happen until there was a week left. So, all we knew for Season 6 was, ‘Okay, all these things that are going to happen with Dan [Kevin Alejandro] ascending to Heaven, and Lucifer deciding to go down to Hell, all that is going to happen next season, but we don’t know exactly how, we don’t know what the engine is going to be,’ what’s going to drive the story, which turned out to be Rory.

“But in between Seasons 5 and 6, there were several months. And at some point during that time, either Joe or both of them came up with the idea that there was going to be Rory, and she’s going to be their daughter, and she necessarily would have to be from the future, because,” Costa laughs, “we’re not going to do a twenty-year time jump, but then we worked out the time travel idea. It was all what we started Day 1 of Season 6 knowing. ‘Okay, Rory’s going to be there, what’s the story, how do we take it from there?’”

Rory comes to realize that Lucifer didn’t abandon her and Chloe on a whim. In fact, Rory realizes the good Lucifer can do in Hell with his new perspective on how even damned souls can be saved. She exacts a promise from Lucifer that he will go back down and get to work helping people find their way out of Hell – a task that keeps him so busy that he doesn’t appear back on Earth (at least, that Rory knows about) for the rest of Chloe’s life. Rory then returns to the future.

Was Rory’s urging and the need for Lucifer to be absent in order to motivate Rory’s presence in the present always going to be why he went back to Hell?

“There was a ton of conversation about that,” Costa says. “Because we had a philosophical paradox of our own, when we introduced this idea of Rory, because the entire reason that Rory comes back is because Lucifer abandoned her. And that was very important, because all of this stuff is rooted in character. Lucifer felt abandoned by his own Dad, and that would be the worst thing he could imagine himself doing. And so, when his daughter shows up and says, ‘You abandoned me,’ he’s got to say, ‘I would never do that. There’s no way I could do it.’ And that’s good drama, and that really cuts to the heart about who Lucifer is, and how he feels about himself, and how he feels about his own relationship with his own Father. But it also necessarily means that Rory can’t be lying. He has to actually have done it. So, then, why would he do it?”

Obviously, that’s a good question. Consequently, “There was a lot of conversation about how that would happen. And also, he has to have done it. There was even more conversation of, ‘Okay, well, but at the end, maybe he just changes his mind and he doesn’t [abandon her].’ But then, that turned into crazy time travel paradox stuff, where it’s like, ‘Well, if he didn’t abandon her, then she didn’t go back in time, so how could any of this happen?’” Costa recalls with a laugh.

“But it was on the table for a while. We talked about it quite a bit. Like, ‘Okay, so he makes a different choice.’ But ultimately, we decided that it’s just too confusing and too strange and brain-destroying if he doesn’t abandon her the way she said he does to create this time loop. So, if he has to abandon her, why would he? And it really came down to, ‘She would have to tell him to do it. It would have to be her choice, because that’s the only way he would do it.’ So, that’s how we came to that idea. But it was not something that we had right away. That was weeks of conversations. We’d be working on other episodes – it’s not like we talked about that exclusively for weeks – but it was a problem that we didn’t solve until very late in the season.” 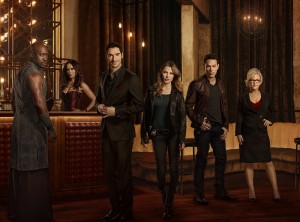 Since Lucifer was in Hell, working with souls, why couldn’t Rory find him there? As an angel, she had the ability to come and go from Heaven and Hell as she wishes, after all. Also, Chloe has to spend most of Rory’s life lying to her, as Chloe knows perfectly well where Lucifer is, and that he hasn’t abandoned them in the way that Chloe imagines he did.

“We paid a little bit of lip service to this,” Costa relates, referring to when Rory returns to her mother (played as an elderly woman by Jean Carol) in the future, newly aware that Chloe has had to consistently hide the truth in order to preserve the timeline. “Rory says, ‘I can’t imagine how hard it must have been for you to tell me [that Lucifer simply disappeared.’ Because Chloe could have told her the truth right away, because Chloe knew what happened, but she didn’t. And so, I think what had to be implied there was she also said, ‘Your father is just gone. He’s not in Hell.’ And if Rory ever went down there to look, obviously, there was some way that Lucifer was able to appear to not be there. But mostly, I think it’s Chloe saying, ‘Yeah, your dad’s not there. He’s just gone. And I don’t know where he is.’ Because that’s what she would have to say.”

But did Lucifer and Chloe really have to be separated for the rest of Chloe’s natural life? Couldn’t Lucifer have timed his visits to when Rory just wasn’t around?

Costa replies, “I feel comfortable saying this, because I’ve heard Joe say it in interviews, maybe Ildy as well, but definitely Joe, that’s what Lucifer did. Joe’s like, ‘In my own head canon, that’s what he did.’ Lucifer would pop up and visit Chloe, and be there, and just not be there when Rory was there. Or when Rory’s playing her first soccer game, and Lucifer’s there across the field watching, but she doesn’t see him. So, that is definitely a possibility. We don’t explicitly say it in the show, but according to the show runner, yes.”

When Chloe dies, Lucifer’s brother Amenadiel, now God, allows her to go to Hell of her own volition in order to be partners with Lucifer once again. But what of Chloe’s other daughter Trixie, who’s father is Dan? We know from dialogue that Rory is able to freely drop in on Mom and Dad in Hell, but presumably Trixie will go to Heaven when she dies. Will she and Chloe ever be able to see each other again?

Costa considers this. “I’m going to say yes, because Chloe is in Hell by choice. And also, Amenadiel can just move her around. Because – I don’t know how effective this is, I think the audience might be a step ahead of us, but the intention when Chloe dies, and you see her in that room of all white, and Amenadiel is there, and he says, ‘It’s time to go,’ the hope is that you are expecting that she’s going to go to Heaven, and that it’s like a fun moment that she actually goes down to Hell instead. Because she obviously doesn’t deserve to be in Hell, but chose to be there to be with Lucifer. So, yes, she can go visit Trixie whenever she likes. We’ve established that as long as Chloe is brought to Hell, because she was brought there by Lucifer in Episode 6:03, she can be brought back out. If she dies and goes there naturally, through her own guilt, then she is trapped. But since she was brought there as her choice, she’s a free agent.”

Related: LUCIFER: Exclusive interview with writer and co-executive producer Mike Costa on the spiritual side of the series – Part 5