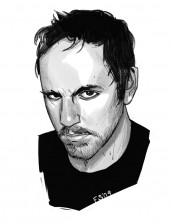 LUCIFER: Co-executive producer and writer Mike Costa on the spiritual side of the series – Exclusive Interview – Part 5 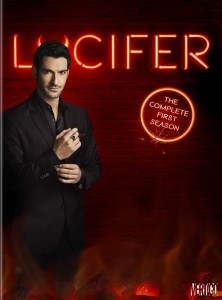 It is said that God works in mysterious ways. This is certainly true in Season 5 of LUCIFER, now streaming all six seasons on Netflix, when we finally meet Him (played by Dennis Haysbert) when he visits Earth. This is ostensibly to break up a fight between his twin sons Lucifer and Michael – both played by Tom Ellis – and their sibling Amenadiel (DB Woodside).

However, as the season unfolds and the story continues into LUCIFER’s sixth and final season, we question whether we’re meant to take events at face value, or whether it was God’s intention the whole time to have Lucifer become a Devil who helps lost souls on their journey, while Amenadiel ascends the Heavenly throne.

In this part of our exclusive interview with LUCIFER co-executive producer/writer Mike Costa, he talks about what the show’s God may or may not have engineered.

“I think ultimately,” Costa says, “like everything with God’s character, it’s meant to be somewhat ambiguous. Because ultimately, it becomes a brain-breaking situation. Because if you really think anything out too far, then it would have to be God’s plan all along, because God knows what’s going to happen, right? Because God knows everything. But then, if you start taking that too far, it starts interfering with the idea of, ‘Well, if God knows everything you’re going to do, does that mean you have free will? Can you have free will if God knows?’”

Costa points out that all of these possibilities have been debated since the beginning of religion. “These are gigantic theological tautologies that have existed for hundreds of years. That’s where the whole Calvinist sect came from, the idea of predestination. It’s very prima facie to a Calvinist, because they’re like, ‘Well, look, if God is in fact omnipotent, then He knows everything that’s going to happen, and so, therefore, everything is predetermined.’ You can’t argue against that. I guess I can see that.”

On the other hand, “There are other religious doctrines that believe in this ambiguous tension between God being omnipotent, but also, the idea that things aren’t predestined. So, without trying to dig into that unsolvable philosophical puzzle too much, we try to leave it ambiguous. It absolutely could be. I think Lucifer even mentions that, like, “Oh, this is all His plan, all along.” But maybe it wasn’t, because we do, on our show, pay a lot of lip service to the existence of free will. It’s sort of what our show is about. So, can free will exist with an omniscient Creator? That is an unsolvable problem that we hope we leave the audience with a little bit of ambiguity of at the end.”

Then again, perhaps God could know what’s going to happen without causing it. “True,” Costa replies, “but the Calvinists would argue that if you know something is going to happen, and it can’t be changed, and if you can’t change something, you don’t have free will. Or not,” he laughs. 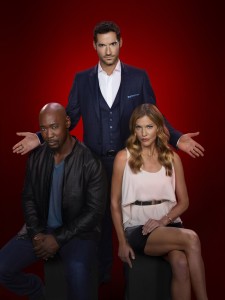 “I think that there are two sides to that argument, and we just didn’t really want to dig that far into that kind of deep philosophy, largely because we want to keep things as rooted in character as possible. And once you start getting incredibly philosophical, it drifts away from individual character experience, and becomes a broader abstract conversation, where what matters to us is how the characters think and feel about it. So, that really gave us a license to not have to [delve] too much into that stuff in LUCIFER [Season] 6.

Is one of the reasons LUCIFER ended with Season 6 is because, with Amenadiel as God, our world might change too much to be dramatized the way it had been on the series?

“That’s definitely not the reason why we didn’t do a Season 7,” Costa says. “We were told expressly, Season 6 is the end. So, I think, if they had said, ‘Hey, just kidding, we’re going to do a Season 7, we would have done one. At least, I would have. I don’t know if [executive producers/show runners] Joe [Henderson] and Ildy [Modrovich] would have refused, but I would have been like, ‘Let’s do it. We’ll figure it out,’” he laughs.

“But it’s an interesting question. Will things look differently? Will the world be different under Amenadiel? I think that, ultimately, Amenadiel’s choice isn’t necessarily about the world as it exists – the Earthbound world, the mundane world. I think his choice is really much more in how his Father dealt with His family. Because that is really what causes the chaos on the show, are Amenadiel and Lucifer and their siblings. It really is, in so many ways, a family drama. 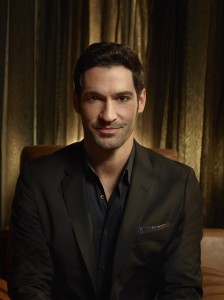 “I don’t think we ever thought about that in terms of what that would look like on Earth, though I guess it’s an interesting thought experiment as to what that might look like. Ultimately, I think it wouldn’t look too different, because the whole idea is, you don’t want to interfere with free will, and so much of what happens on Earth is due to free will. It’s more like, ‘I’m not going to hide away like my Father did, I’m going to be with my family, and include all of them.’ And that’s ultimately [Amenadiel’s] decision.”

This is why, in the LUCIFER series finale, we see Amenadiel on Earth with Linda (Rachael Harris), rejoicing as their toddler Charlie sprouts angelic wings.

“We wanted to make it clear that Amenadiel wasn’t just in the Silver City with His family there,” Costa relates, “He was also with his family on Earth. And He was not going to do what Lucifer had to do, which was essentially not be in his child’s life. He was going to be there for all of those moments. And also, our argument was, well, He’s God. He can do anything, right? He can be in two places at once if He wanted to be,” Costa laughs.

Article Source: Assignment X
Article: LUCIFER: Exclusive interview with writer and co-executive producer Mike Costa on the spiritual side of the series – Part 5