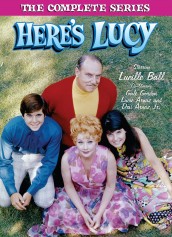 Your time is short. We know this. So in order to expedite your buying and Netflix decision making, we provide you with a list of the cool and not-so-cool titles coming out for movies, television and everything in-between. So put your feet up, grab some popcorn and check out this week’s selections 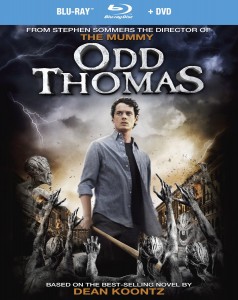 ODD THOMAS – This movie is based on the book of the same name by Dean Koontz. It centers on a local grill cook, Odd Thomas (played by STAR TREK’s Anton Yelchin), that happens to have a special power to see dead people. He helps them find their killers and bring them to justice. But he also see crazy beasts that harken some sort of bad news to whoever they follow. When he sees a sh**load of these creatures in his small town he knows bad news is coming. Yelchin, who did a decent enough job in the FRIGHT NIGHT remake, does a really good job here and the relationship that is built in the film with his girlfriend (hot as balls Addison Timlin). And it really brings the movie some special moments and a really good twist at the end. If you enjoy supernatural action and not necessarily a scary thriller that is actually fun and well-made then ODD THOMAS is definitely one that I would recommend. 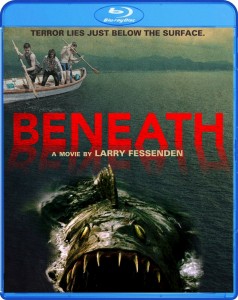 BENEATH – A pretty good monster flick about a group of unlucky twentysomethings that just happen to wander onto the wrong lake with a gnarly ginormous man eating fish. Stuck on the lake, they begin to turn on one another thinking that if the fish gets full or maybe gets some tasty human meat it won’t hunt the others. That’s a good idea but no dice as it continues to hunt them as they continue to turn on one another pitting brother against brother and boyfriend against girlfriend. But there are many more twists and turns to this horror flick than just a simple huge fish that is stalking dumb people as the ending is simply brutal with a nasty turn of events making it definitely worth checking out if you have an opportunity to see it. 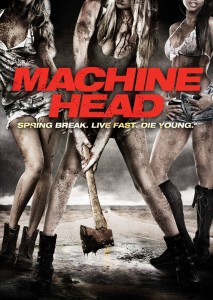 MACHINE HEAD – Long, terrified walks down the hall, to the front door, to the backyard with loud foreboding music playing. Half of MACHINE HEAD is this. Apparently this is to build the tension that anything could happen. The problem: nothing happens. It is a tired and unique-less slasher with throwaway characters battling an even more throwaway villain in the most extreme stupid ways with all the horrifically bad decision tropes that movies such as this thrive to include. A group of college women go on Spring Break to some remote location and piss off the wrong driver of a muscle car, who tracks them to their bungalow and rings the doorbell a few times and runs away … spooky! After an hour of this, he finally makes his move in killing off the unwilling-to-fight-for-their-lives women in really lame fashion. A slasher without blood? Sad, but true. If you are desperate for horror then check it out, other than that avoid. 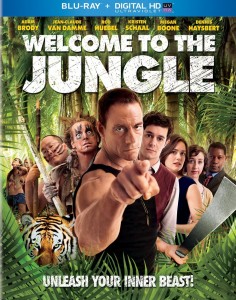 WELCOME TO THE JUNGLE – A pretty entertaining comedy about a group of office workers that get stranded on a jungle island after the pilot flying them there dies. What ensues is nothing short of LORD OF THE FLIES but corporate office style with the smarmy vice president taking over one group and the nerdy, no-backbone hero guy taking over another group. In-between is a hilarious performance by Jean-Claude Van Damme who starts off exactly how every other JCVD character is ever like, however, he morphs into a freaking comical parody of himself in every possible way and steals the movie. The plot itself is alright but predictable but gives a new spin on the office team building genre that definitely has its moments for the JCVD parts alone. 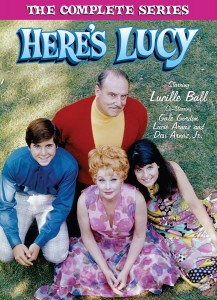 HERE’S LUCY: THE COMPLETE SERIES – Well if you were waiting for the release of the entire series of HERE’S LUCY instead of buying it season by season, you’re pigheadedness stubbornness has paid off my friend. The complete series of this TV serial is finally available in one complete package. This was the third series that Lucille Ball starred in and it starred her real life children, Lucie Arnaz and Desi Arnaz Jr. It was not surprisingly a hit considering it was, well, Lucy doing Lucy type things but this time as a widowed mother with teenagers. The complete series gathers all 144 uncut and digitally remastered episodes for the first time and features a host of cool television appearances from back in the day as well as new and old interviews and behind-the-scenes featurettes. This is a must have if you are a fan of the series as this is the granddaddy of it all.