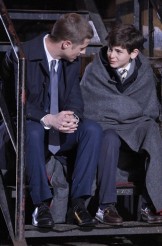 Fox has been slowly building its portfolio of shows over the last few years with a group of sitcoms, some good dramas and a very strong sports package. Of course, many of the promising series the network created have been shuffled off to deadsville. But mostly, the network has been garnering some strength in its programming and even bringing back some old favorites – 24 was brought back earlier this year (considered last year’s season) and was a smashing success. 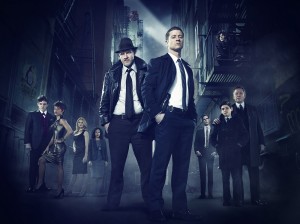 GOTHAM
What is it: One of the biggest new series of all the networks deals with the early days of DC Comics’ famous city with a young Bruce Wayne, a youthful Jim Gordon and young versions of the bad guys that populate the universe of Batman. The show will center on the rise of Gordon through the ranks of the police after the city is wrought with crime and corruption. The series will feature Selena Kyle (Catwoman), Ivy Pepper (Poison Ivy), Edward Nygma (Riddler), Oswald Cobblepot (Penguin), The Joker and many others.
What are its chances: Slam dunk. If Marvel can get a second season out of a terrible first season of AGENTS OF S.H.I.E.L.D., a dark, brooding tale of the corrupt city of Gotham and all the characters we all know is bound to do well. The hype doesn’t hurt either and you know all the people that love the movies will be tuning as well as others that remember the characters from times gone by. 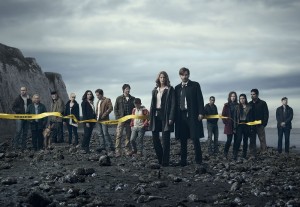 GRACEPOINT
What is it: David Tennet takes the lead in this U.S. version of BROADCHURCH (where he also starred) in a drama involving a small town dealing with the murder of a small boy. When the boy is found dead on a beach in a seaside California town, the case sparks a media frenzy once it is deemed a homicide. This turns the small town upside down and creates even further problems for the family dealing with the loss.
What are its chances?: Good. Given the success of BROADCHURCH in the U.K. and how it carried over to the U.S. more than likely those who watched the first English version will tune into this to see how different it is and if it is as well done as the original. Anna Gunn (BREAKING BAD) co-stars and that will give those aching from BREAKING BAD withdrawals something to look forward to as well. 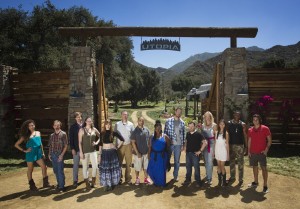 UTOPIA
What is it: A show that brings 15 strangers together and places them in the middle of nowhere without any rules or script (supposedly) and they must make a new community from the earth and establish all the laws themselves. While there have been numerous comparisons to BIG BROTHER, from the early previews it looks more like the Discovery Channel’s THE COLONY. This was a show where they put people with certain skills – handy men, scientists, contractors – that would end up building a slew of cool stuff to survive. The interesting hook here is that the show and the community is expected to be together for an entire year, making it a larger “experiment” rather than show.
What are its chances?: Shaky. A year is a very long commitment for any TV viewer especially these days in an era where people are enjoying smaller seasons as it is seen as less of a commitment. The whole BIG BROTHER comparisons are obviously there and despite that show doing well during the summer (when there is nothing else to watch on), Fox’s track record with reality shows isn’t a solid one. However, there are rumors Fox is spending some $50 million on the show might encourage it to keep it on the air for longer than they would normally. 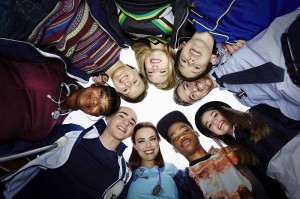 RED BAND SOCIETY
What is it: A dramedy about what happens in a children’s hospital and the strange characters that are there as we look through their lives as they get limbs removed for cancer, needing a new heart, in a coma (who happens to be the narrator). The red band is the band they wear in the hospital to show they are patients. They fall in love, the have emotions, all that good stuff.
What are its chances?: Bad. Does anyone really want to watch a story about kids who are sick and possibly dying? I know I don’t. That’s damn depressing and no matter how “heart touching” and feel good it might be, it doesn’t change the fact there is a small niche of people that want to learn or be touched while watching TV. If not, why are there so many cop shows, random business drama and sitcoms on the air and not touchy, feely dramedies? 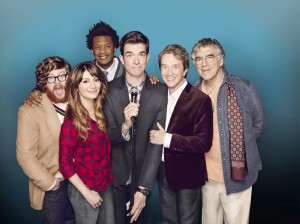 MULANEY
What is it: If you view the trailer for MULANEY you find one really distinct similarity: It is exactly following the formula of SEINFELD. Now, SEINFELD has been off the air for a long time, while the impact of the show is still felt even today, there isn’t really a large clamoring for the show to return and certainly not a show that wants to pretend it’s the second coming of that show. The show stars John Mulaney as John, a standup comedian that gets a job writing for a famous game show host and it follows his wacky adventures with his wacky friends.
What are its chances?: Bad. While Fox has done better with its sitcoms in the past few years, this seems to be following a formula that already worked but with characters we probably won’t care to get to know before it gets the ax.

THE LAST MAN ON EARTH