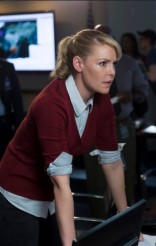 © 2014 NBC
Katherine Heigl stars as a top CIA analyst charged with informing the president of threats to the U.S. in STATE OF AFFAIRS
Reviews

STATE OF AFFAIRS, CONSTANTINE, BAD JUDGE, THE MYSTERIES OF LAURA and more

The much beleaguered NBC has thrown pretty much everything at the wall to see if anything will stick and a lot of it hasn’t. But, that said, there has been some pretty good stuff that has emerged from the once mighty peacock in the realm of HANNIBAL and THE BLACKLIST. So going into the new fall season, NBC seems to be taking a less of a throwing things at wall approach and more back to trying to find more things like THE BLACKLIST that will appeal to a wide market with a strong premises. 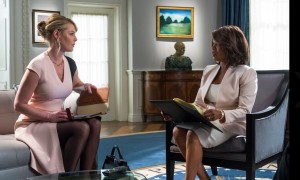 Katherine Heigl stars as a top CIA analyst charged with informing the president, played by Alfre Woodard, of threats to the U.S. in STATE OF AFFAIRS | © 2014 NBC

STATE OF AFFAIRS
What is it: A new drama starring Katherine Heigl as a top CIA analyst that accumulates a list of the most pressing issues facing the security of the United States for the President. The catch here is that Heigl’s character has a very close association with the President (played by Alfre Woodard in an interesting twist with a woman as President) as her boyfriend was the President’s son. But a terrorist attack killed him and saved Heigl’s character and now she is determined to bring those who did it to justice. All the while making life and death decisions on who the U.S. may attack to protect the country. Call it ZERO DARK THIRTY the series.
What are its chances?: Decent. It has a prime slot on Mondays, which always gives it a chance to succeed no matter how good or bad it might be, and it has a strong cast with a very well timed news theme (ISIS anyone?). But will it be able to be entertaining enough in showing the behind the scenes search for terrorist as a movie can be in a concise few hours? Hard to tell. NBC does not have the best track record of late of giving shows a chance longer than a few episodes. 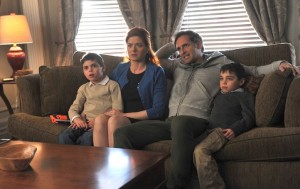 THE MYSTERIES OF LAURA
What is it: Debra Messing stars as a homicide detective and single mom as it follows her life trying to juggle the two as well as a personal life. It is another dramedy that tries to pack in action and a crazy murder cover-up along with some zany characters. Messing it appears to play almost a version of a female SLEDGEHAMMER – all business all the time but makes a fool of herself at every step but somehow in the end gets her man (or woman).
What are its chances?: Bad. It seems like this will be one of those shows that gets lost among the shuffle of all the new shows coming out and doesn’t have the uniqueness to keep people interested in not watching other shows they are already familiar with. Again, see the recent track record of NBC and giving up on shows but this one will probably need to be given the hook when it is time. 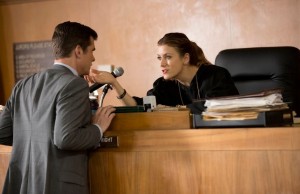 BAD JUDGE
What is it: Yet another dramedy, which seems to be the favor of the year with television in 2014-2015. Starring Kate Walsh (formerly of PRIVATE PRACTICE and GREY’S ANATOMY), the show focuses on her character as a tough judge that loves to have a good time. That includes how she rules the courtroom and how she dishes out rulings. Of course, her personal life is crazy as well with her partying too much, being in a rock band and, naturally, her love life.
What are its chances?: Dismal. While Kate Walsh definitely has her fans (and some may carry over from PRIVATE PRACTICE), this just seems dead in the water from the start. No one needs a more dramatic NIGHT COURT, and no one really wants another ALLY MCBEAL, so I think this one won’t last too long on the schedule when all is said and done. Although I will admit that having Will Ferrell as a producer might be something to keep it around for a bit but we’ll see. 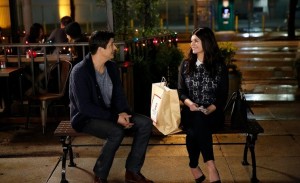 MARRY ME
What is it: From the creator of HAPPY ENDINGS, a new sitcom starring people you have never heard of before have been together for six plus years but have not tied the knot yet because there have been a series of bad marriage proposals that ended tragically. Now it has become a big thing and they decide to not even try to propose until they can get it together to make the engagement actually work. All the while they have friends that are poking and prodding them about the big deal.
What are its chances?: So-so. The fact that it has the same people that did HAPPY ENDINGS gives me a little more hope because that show never really got he deserve it should have. It was watched by a lot of people who really liked it but never garnered the ratings to keep it around. However, it really has a cast of nobodies and that could be a good or bad thing. Maybe people will be happy to see new people on TV or maybe they won’t tune in because of it. 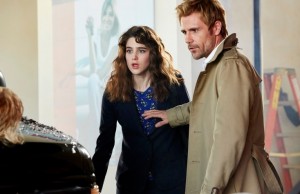 CONSTANTINE
What is it: Based on the comic book, HELLBLAZER, the show centers on John Constantine, an occult master and demon hunter with huge ties to heaven and hell and he’s fighting for the good guys no matter how bad of a person he may be to himself and others. The catch here is that Constantine’s soul has been damned to spend eternity in hell. But that doesn’t stop him from fighting for innocents and fight against the supernatural.
What are its chances?: Not good. Well, unfortunately, they have already tinkered with the show. One of the original cast members was replaced after the “Pilot” episode and the subsequent episodes were redone to reflect a different direction in the show. That’s too bad really because I have high hopes for this show and am looking forward to it. I loved the movie with Keanu Reeves and think this could really be a good show if given time. Now, NBC does have a decent track record with genre show with GRIMM, HANNIBAL and even gave REVOLUTION two season. So hopefully I’ll be proved wrong.