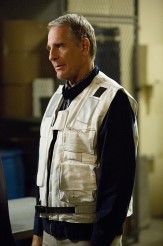 CBS is one of the big powerhouses among networks with a slew of successful shows catering to a number of different audiences. Now much of their audience seems to be the less than desired 18-49 demographic but still no one can discount that they pull in the viewers by the handfuls. Now going into the new fall season we see a number of new dramas and one new sitcom, to go along with the long in the tooth sitcoms still delivering for the network.

MADAM SECRETARY
What is it: Tea Leoni returns to television as the newly appointed Secretary of State charged with participating in international diplomacy, battling office politics and being at the forefront of domestic and international issues. This network television year seems to be swimming with these behind the scenes political dramas but this one is probably the one that will succeed more than any others given it has the backing of CBS, which has a strong following among older viewers that clamor for this type of programming considering they see it every day on the news.
What are its chances?: Great. MADAM SECRETARY is already doing well in the ratings after receiving a heavy push from CBS promoting the show. Given that our daily news centers around the inner workings of the government and people seem to be fascinated by what goes on behind the scenes. Leoni is a familiar enough face that it will draw in some crowds but it also has a prime spot in the rotation on Sundays, considered to be the holy grail of television spots. Expect this one to be around for a long number of years. 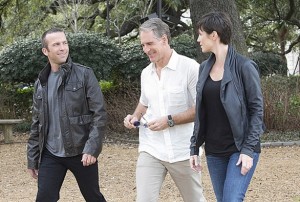 NCIS: NEW ORLEANS
What is it: The second spin-off to CBS’ No. 1 show, NCIS. When NCIS: LOS ANGELES did so well, it only took CBS a few years to roll out a third drama. Once again, NEW ORLEANS follows a local branch of the office that investigates criminal cases related to the military but this time in the Big Easy. Scott Bakula stars as the head of the division with a cast surrounding him that is equally as strong and with their own plotline that will help to give it more mythology.
What are its chances?: No brainer. If there is one sure thing this fall season, it is NCIS: NEW ORLEANS. Given how dominant the other two shows are in the ratings, even if this does slightly less well, it will still be doing better than most programming on any network. Until people get tired of the format (see CSI and all its flavors), we can expect to see many years of this show on the air. 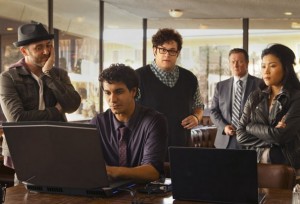 SCORPION
What is it: A bunch of math nerds get together with a genius entrepreneur to fight crime as Homeland Security’s new think tank. The catch here is that they are brilliant and can fight the bad guys from behind a computer but can’t really do anything else because they are socially inept. So the stories center around these nerds solving national crises while trying to fit in the real world.
What are its chances?: Decent. Any drama on CBS seems to have a fighting chance just because of the fact it is on CBS, not just because it has NCIS in the title. While this one seems to be catering more to a younger demo, the watchers of CBS (not generally a younger demographic) may still tune in because they watch anything on the network. Personally, I’d love to see more of Katherine McPhee in anything (I’ve still got McPhever) but her presence won’t generally be a reason for it to succeed. 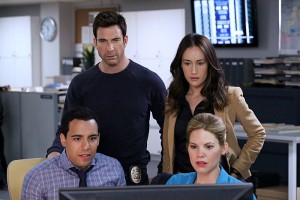 STALKER
What is it: A drama set in Los Angeles about a group of police are tasked with investigating, uh duh, stalkers and how they go about terrorizing people through the Internet and other measures. It stars Maggie Q and Dylan McDermott as the investigators and the both bring baggage to the table, which is obviously a way to further the show’s own mythology while presenting a story of the stalker-of-the-week thing.
What are its chances?: So-so. Oh all the new dramas on CBS, this has the least amount of buzz toward it and has received the least amount of promotion. I always say that the world needs more Maggie Q and we got it with NIKITA where she was able to show her freaking badass self over and over again. In STALKER she won’t be as up close and personal but more police detective solving modern crimes that involve cyber harassment and Internet stalking. While we all know about this as an ongoing issue in society, is it enough to make a drama out of it? Still it does have some good star power which means maybe we will see this be successful. 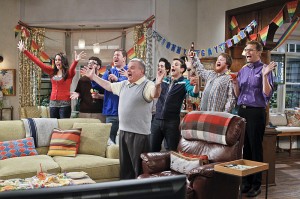 THE MCCARTHYS
What is it: A sitcom focusing on a family that is obsessed with Boston sports but have no discerning athletic skills to speak of. When his coach father chooses his gay son to be his basketball assistant it not only shocks the gay son but the entire family and hilarity ensues.
What are its chances: Bad. Not only have I heard squat about this series but it is a show that is focused on a single area of the country and about a topic that is odd to say the least. While it could be seen as promoting gays in sports or gays in comedies, I can see the gay comments and one-liners coming a mile a minute here and that won’t sit well with a lot of people, if they even tune in once they find out what the show is about. I hope I’m wrong but time will tell.

TWO AND A HALF MEN