Home » How to get away with murder preview 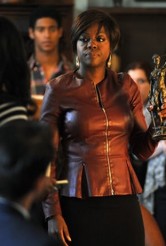 HOW TO GET AWAY WITH MURDER, SELFIE, FOREVER, BLACK-ISH and more

While ABC continues to be one of the biggest networks on television in overall ratings, the coveted 18-49 demographic seems to be moving away from them. This isn’t much of a surprise because the entire demographic is moving away from watching network television to the Internet, Netflix and cable. Still, the network has amassed a lovely string of programming that is followed by many, adored by more and is going strong with six new projects in the new fall season.

SELFIE
What is it: In what is billed as a modern day retelling of MY FAIR LADY, Karen Gillian (best known for her role as Amy Pond in DOCTOR WHO) stars who is obsessed with her social media life so much so she has numerous followers that just wait to see what type of tweet or selfie she takes. But she learns that having Internet friends is very different than having actual friends, so she starts a campaign to rebrand herself into a more likeable person offline.
What are its chances?: 50/50. While it may be wicked annoying, with a culmination of all the bad things that go on in social media, Gillian has proven herself to be a charming personality on screen and seeing her in a new role and then amending the role, the cast of characters and their unlikability may be a serious problem to overcome. If it can challenge those bad elements with a showing of maturity in the show then it might overcome some of these worries. 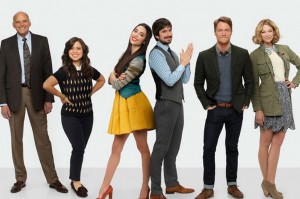 MANHATTAN LOVE STORY
What is it: This is a sitcom where we follow two single people looking for love in New York but we get to hear their inner “real” thoughts along the way. How inventive. The relationship begins very rocky and it doesn’t quite seem like the couple will get together, or even along, at all. However, due to knowing their inner most thoughts, we get to see they are actually attracted to each other and want to see where it goes. Of course, since it is a new relationship, all the real thoughts will be candid and things won’t always be romantic or loving.
What are its chances?: Dead in the water. Just doesn’t seem like something that will resonate with viewers because not only are the inner thoughts played over the actual dialog, some of the thoughts from the previews are completely silly and no one lives their lives talking to themselves at every point in their lives. There is simply too many better and more interesting sitcoms (only ABC’s schedule alone) that will be better off. 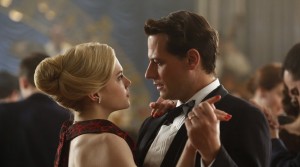 FOREVER
What is it: ABC seems to be going back to its supernatural play here with a story of a doctor that is immortal. Well, he dies, but he comes back. So what does a guy with a load of experience in death do with his time? He spends it working with the NYPD to solve crimes. The other hook is that he may be old, really old. We are talking like 200 years. The weird thing is that when he dies, he doesn’t just wake up. He returns in water and naked. Why is he alive? What is this weird thing he has going on that enables him to stay alive?
What are its chances?: Good. It has a good time slot (Tuesdays at 10pm). It matches up well with the show that precedes it in MARVEL’S AGENTS OF SHIELD and people love to have a show that has a lot mystery that keeps them guessing on the mythology while telling a weekly story about whatever crime of the week might be.  The star, Ioan Gruffudd, may also be familiar as he has been kicking around the movie circuit for a while now and since he is English, it might help with the lady viewers. 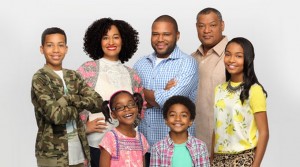 In BLACK-ISH, the cultural discussion of a black family dealing with suburbia come to a funny conclusion | © 2014 ABC

BLACK-ISH
What is it: Apparently, this is a sitcom about a black family that is high successful and lives in the suburbs but that may have made them assimilate into the lifestyle too much and they maybe have left their roots behind? Starring journeyman Anthony Anderson (as well as Laurence Fishburne) as the centerpiece of a family dealing with every day issues of a family but being black and having to adjust to the world that may not be black around them.
What are its chances?: Decent. ABC bills this as a series that creates an honest discussion about culture. It also gives it the moniker of being the next great family comedy since MODERN FAMILY. Now that might be a stretch but it does have a strong cast and ABC has a pretty good track record of late with sitcoms so that might lend itself to being a success. Now, it has to be funny (obviously) but will it appeal to a large enough demographic to garner the numbers ABC wants? We’ll see. 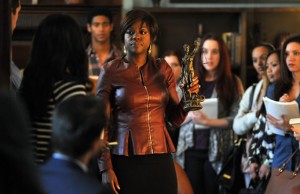 HOW TO GET AWAY WITH MURDER
What is it: ABC continues with its SCANDAL/ REVENGE path with another crazy series about a defense attorney that represents the worst criminals and does whatever it takes to get them off the hook. As a professor of law, she takes a group of the most promising students each year and gives them a chance to earn a spot with her law firm. So these newbies are in deep from the get-go of the show and learn that they have to dodge a lot of bullets along the way as well as trying to one-up the other candidates for the job. It makes for an interesting situation.
What are its chances?: Good. The same people that created and promoted SCANDAL are behind this one and that means they have already mobilized their social media presence and are pushing the new show before any major push for viewers has begun. Given that it is in a prime spot, follows the previously listed series means it has a great chance to succeed. 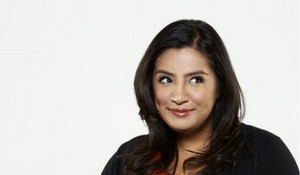 CRISTELLA
What is it: After many years of being in law school, Cristela (Cristela Alonzo) has a chance to land a good gig at a big name law firm. The only problem is this doesn’t sit well with her traditional Mexican-American family. So she must straddle the fence between what she wants her career to be and those wanting her to do something completely different.
What are its chances? Dead in the water. What’s worse than a formulaic sitcom? I formulaic sitcom that has to do with law. Not only that but ABC is putting it on the death kneel Friday nights. Now, I know that these days Fridays are not the same as they used to be for the most part you don’t put a show you are overly confident in on that night and expect the best. You assume the worst and see if it surprises you. I also not sure how much this whole second culture-based sitcom will go over. BLACK-ISH already has one corner of the market, is there room for two.

ONCE UPON A TIME

DANCING WITH THE STARS