The Blacklist review The Freelancer 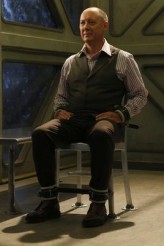 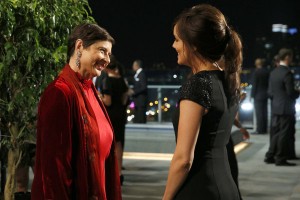 Isabella Rossellini as Floriana Campo, Megan Boone as Elizabeth Keen in THE BLACKLIST "The Freelancer" | (c) 2013 Will Hart/NBC

“The FBI work for me now.” – Raymond Reddington on THE BLACKLIST “The Freelancer”

Episode 2 of THE BLACKLIST continues to build on the foundation that was set in the “Pilot” episode with Raymond Reddington (James Spader) continuing to deceive and allude the FBI on route to accomplishing his own task that he had set from the beginning.

Obviously this is the direction in which this show is going now having this happen two times in a row. Reddington gives some information up about a possible target on the Blacklist only to have the real motivation hidden until the time is right for him to reveal it to his new allies. He indeed is correct when it says the FBI is working for him.

So far this formula works. Mostly because it is new and hasn’t been thoroughly explored yet since there have only been two episodes. This could be a crutch that the show relies on going forward, however, but we’ll see what happens as the show progresses.

This formula also works because Spader is so good at being the mysterious Reddington whose logistics and planning know-how seems to know no bounds. His intelligence is also allowing him to continue to be one step ahead of the FBI at all times and his having the upper hand in knowing all these high-valuable targets allows him leverage that obviously is planning right into his plan.

And he has a plan. He obviously wants immunity for the sake of being able to walk freely among the citizens of the world but there is something grander here. He’s doing this because of his ego and because it amuses him. Granted there is probably a part of him that enjoys that he is bringing bad people to justice and in “The Freelancer” this was definitely the case in an advocate for human trafficking is actually the person kidnapping and forcing poor women and men into slavery. But there is something else to the motives of Reddington.

We just haven’t seen what it is and probably won’t know for a while here. His connection to Elizabeth Keen (Megan Boone) is also a mystery. How did he know about her? Why is he so enamored with her? What is it that makes her special to him? Is he her father or uncle? Does he have ties to her husband with his mysterious box of money and passports?

We don’t know the answers and that’s what makes THE BLACKLIST fun and will continue to be something we strive to see answered in the coming episodes.