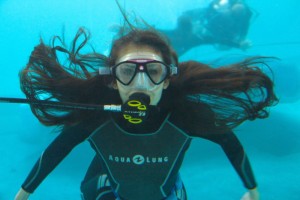 I love it that THE VAMPIRE DIARIES can still have a season finale that not only shakes up most of the lives of the characters, but changes the game in significant ways.

“The Departed” is a great example of how to get rid of unwanted or tired storylines, add new elements to existing storylines, and generally re-boot your show without really re-booting it.

Show of hands. How many people went through at least a couple of tissues watching this episode? I know I did. There were so many goodbyes, and supposed goodbyes, and revelations that it seemed like there was more than could fit into the 45 minute framework.

Let’s start with the end of the Klaus (Joseph Morgan) story and the re-birth of the Klaus story. Last time Klaus was turned into a desiccated corpse by Bonnie (Kat Graham), but this time as she hovered over his body in the coffin throwing recriminations at him I knew something was up. I was surprised that not only did Klaus get staked by uber-vampire hunter Alaric (Matthew Davis), but that at the time of the staking he was already gone and safely delivered into the hot-blooded body of Tyler (Michael Trevino).

Honestly, I don’t care if Klaus is sharing a body with Tyler. Hell, I’d like to share a body with Tyler. Who wouldn’t? This also keeps Tyler around and means that my suspicions of him getting killed off this season thankfully didn’t happen. So basically as long as Klaus’ essence or spirit is still in the world of the living, his bloodline doesn’t die. Of course, I’m also wondering if Bonnie put some kind of magical whammy on Klaus’ body to make it look like he was being destroyed when he really wasn’t. We’ll see.

So I wasn’t far off last week when I said to get rid of Alaric, all we had to do was turn Elena (Nina Dobrev) into a vampire. I figured it would be done intentionally, but accidentally works just fine as well. BIG GAME CHANGER that has finally happened (which it happened a lot sooner in the books). Now, Elena has all of her immortal life to decide between Damon (Ian Somerhalder) and Stefan (Paul Wesley). Things are about to get very interesting.

One of the best devices in this episode was the sequence of flashbacks of Elena’s life shortly before it was entered by the Salvatore brothers. I loved seeing her family and finally getting a chance to see her parents as real people instead of photographs. Of course, the flipside of that was having to see them drown, which was one of the tear-jerking moments of the episode. But, the flashbacks also showed us a scene that was previously unknown – Elena met Damon first. WOW. So that might just change everything. Will she remember that now that she’s a vamp?! Again time will tell.

Some really beautiful acting on the part of Ian Somerhalder when Alaric was dying and Damon immediately knew that Elena had to be dying as well for that to happen. Really lovely and teary moment. Then the moment between the good spirit of Alaric and Jeremy (Steven R. McQueen) when Rick comes back to say goodbye. Very touching stuff. Nicely done writers and actors.

So next season Jeremy and Matt (Zach Roerig) are the only “humans” left in the group. Of course they both can see ghosts.