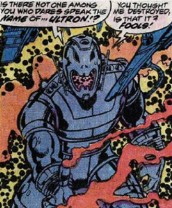 From a time-tripping madman to a raving robot, we name the enemies that should plague the team in upcoming installments

We already know – SPOILERS! – Thanos is on the way in the next THE AVENGERS movie, but what other famous foes from Avengers stories of the past deserve a shot at big screen stardom? After all, heroes are only as good as the villains they face. We list a few here, but they’re only suggestions; and no, Count Nefaria is not on this list. Complain all you like in the comments about that glaring omission or the lack of Baron Zemo, but remember that this is just one list for our villainous THE AVENGERS 2 and 3 films; you can make your own. 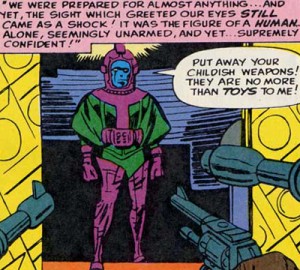 With a metallic visage similar to that of Doctor Doom, this time-traveling future despot is one of the team’s most memorable adversaries, with tons of timey-wimey tricks up his sleeve to torture the team in past, present, and future. And they can just ignore all that Nathaniel Richards/Fantastic Four stuff so Sony won’t bother them. 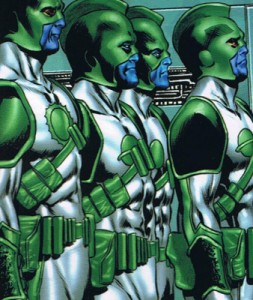 As one of the many alien races that populate the Marvel universe, the Kree not only have a hero in their midst – the first Captain Mar-Vell – but also a well-remembered war with the Skrulls (that’s Chitauri in Marvel movie terms). If we’re going to get to that war, we need the Kree around. 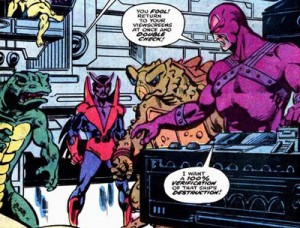 What is it with the Avengers and villains starting with “K?” This would-be messiah named Michael, imbued with power cosmic – hey, could be another use for that still-lurking Tesseract – lays waste to heroes left and right while trying to reshape the Earth as a vision of Utopia. Can the Avengers defeat a God? Well, they kind of already did. 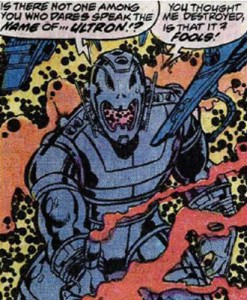 Lots of things need to fall into place for Ultron’s story to really work, including the introduction of his creator – Hank Pym (Ant-Man) – and probably the Vision as well, but it would be great to see the jagged-toothed automaton and his endless incarnations chewing up some cinema scenery. 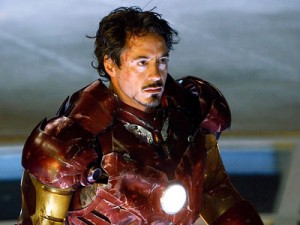 It’s possible that almost Kryptonian Council we see in the first film – and the brief jab by Senator Boynton in the ending montage – is laying the groundwork for a movie adaptation of Marvel’s “Civil War;” so the real enemies might be the U.S. Government and perhaps even Tony Stark himself!

Related: Five classic AVENGERS stories we want to see in AVENGERS 2 or  3