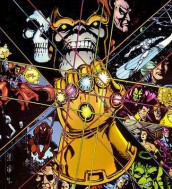 From wars within and without, we look at story arcs that could fuel future films

One of the great things about the Marvel movies that led up to the first AVENGERS film is how well they built a consistent universe with seeds planted all along the way leading up to the big epic battle for New York City and the world. The appearance of – SPOILERS! – Thanos during the closing credits suggests they know full well where they’re going next in AVENGERS 2 or 3, but let’s take a look at some past Avengers storylines in the comics that might make for good movie fodder. 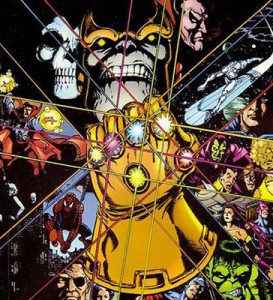 This one is probably a foregone conclusion since we’ve seen Thanos grinning his purple face off at the end of THE AVENGERS, and the Gauntlet itself made a cameo in Odin’s treasure room in THOR. So we might as well put it on the list at Number One and expect this to play out in AVENGERS 2. 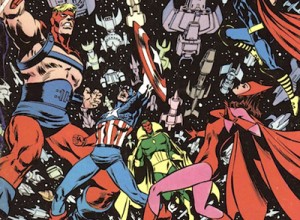 Lots of fans want to see some version of the epic Kree/Skrull – oops, let’s call it Kree/Chitauri – war, but would they introduce a version of Rick Jones to provide the big conclusion? And what of all those Golden Age heroes? Hard to say, but seeing as how we’ve weathered one invasion, we might not get another one right away. 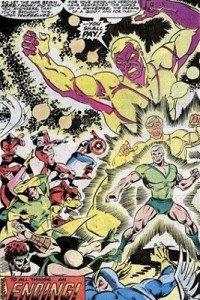 Michael Korvac is a messiah-like maniac imbued with the power cosmic and determined to bring Utopia to Earth…on pain of death! Requiring the help of other heroes to have a hope of bringing him down, the Avengers regretfully face a foe that may be nuts but only wants to bring happiness to everyone. Ah, pathos. 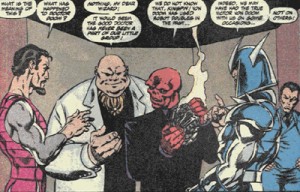 The screen is already crowded with heroes, so can they also fit in a team of villains? Loki gathers allies in the form of the Red Skull (imagine Weaving and Hiddleston sharing the screen), the Mandarin (Ben Kingsley?), the Kingpin (Clarke-Duncan? Or can’t they?), and more to help him defeat the Avengers. Might be costume overload! 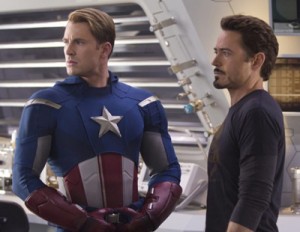 A government initiative requiring registration of all superhumans drives a wedge between Marvel heroes, especially dedicated Avengers Iron Man and Captain America. Some important story beats involve characters these movies can’t use – like Spider-Man – but it’s an adaptation, not a literal translation. And there’s that mysterious Council…