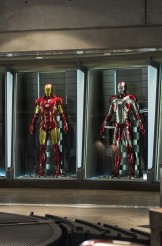 On May 3, 2013, IRON MAN 3 hits theaters and the big question will be — how much has THE AVENGERS given that franchise an even bigger push into the boxoffice stratosphere?

In the meantime, we can salivate over what director Shane Black has in store for Tony Stark (Robert Downey Jr.) and Iron Man, but in the interim, we have this first look photo behind-the-scenes as the film begins production in Wilmington, North Carolina.

Check out the image below. 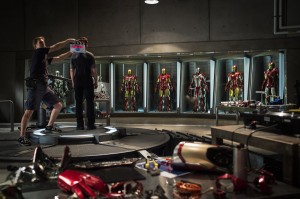 Related Link: Interview with Cobie Smulders on THE AVENGERS