Home » wrath of the titans 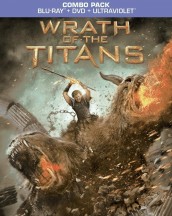 Also worth checking out: THE ARTIST, 21 JUMP STREET, SECTOR 7, DAMAGES: THE COMPLETE FOURTH SEASON and more 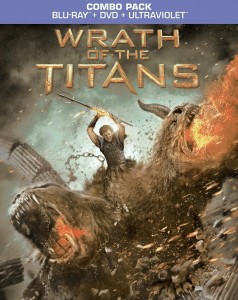 WRATH OF THE TITANS – There isn’t a lot of meat to the sequel to the remake of CLASH OF THE TITANS. Bad guys are out to do bad things in awaking a mammoth creature of old, Kronos, by draining the power of Zeus (Liam Neeson). Of course, the bad guys include Hades (Ralph Fiennes) and Zeus’ own son Ares that has turned his back on Zeus because he choose Perseus (Sam Worthington), a demigod. But what it lacks in creativity and plot it more than makes up for it in action and pretty awesome CGI.

The problem is that fine actors here don’t have a lot to go on in terms of the story. The gods seems to mope about and are whining about the lack of faith from humanity, while Perseus pretty much just gets beaten up the entire time showing a serious lack of emotion. But despite the problems with WRATH OF THE TITANS, the real hero here is the CGI and action. It is pretty nonstop with beautiful sequences of the winged horse Pegasus navigating through flying molten rock, huge Cyclops ripping apart a forest in pursuit of trespassers,  lava creatures cutting through a human army and a sprawling, reconfiguring stone maze that unlocks the door to the underworld. Well worth checking out, especially in Blu-ray, despite the flaws 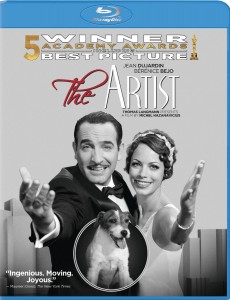 THE ARTIST – Now, given my proclivity for the action (as well as science fiction, horror and thrillers), you can maybe guess how well I received THE ARTIST, this past year’s winner for Best Picture at the Academy Awards. For one, I’m not a huge fan of black and white pictures and given this is a homage to films from the past, I’m also not a fan of films that were made decades before I was even born. Add to this that it is a silent film, makes it all more the reason that I totally didn’t get it. I understand why everyone loved it that’s a movie critic, it is everything that they are supposed to love – that artistic bullsh** that overflows with artistic nonsense. But I for one would rather spend my time watching NIGHT OF THE LIVING DEAD one more time (one of the few B&W films I enjoy). Call me a caveman or whatever, I’m sure I’m not the only one. 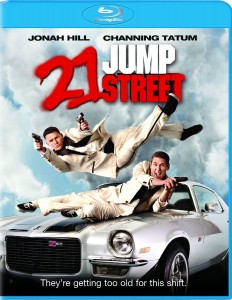 21 JUMP STREET – Speaking of the past, those that were around back in the day remember the original 21 JUMP STREET TV show as the launching point for a not well-known actor Johnny Depp back in the day. This film is just related in name only. In fact, there’s a moment where the police chief even mentions how everyone has run out of ideas and is just recycling sh** from the past – obviously a big hint that it is not taking itself too seriously (or the similarities between the TV show and this film). There is even a pretty good sermon from Ice Cube about the stereotypes the film plasters all over the movie. So yeah, it isn’t anything at all like what we got from the television but that’s a good thing because instead what we get is a pretty damn funny take on a modern high school and a dumb duo thrown into a funny situation of going back to high school to stop a new super drug. Channing Tatum gets a lot of flak for his acting and shi**y roles but he showed he has some chops in THE EAGLE and once again does a really good job as the dumb jock that hasn’t really gained any smarts since he left high school. Jonah Hill is always good and delivers once again here. Worth checking out for a good laugh. 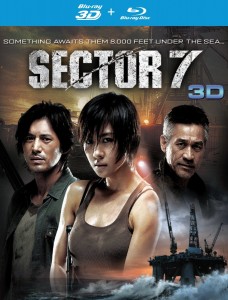 SECTOR 7 – A pretty good monster flick from Korea and apparently the first 3-D film to be made from the country. Korea hopes to become one day energy independent and so it has established Sector 7 – a real life joint development zone – in order to find oil. So far, they have found no results but they have uncovered one thing: A deadly creature in the sea that now goes on the hunt for the crew of the oil rig. While not as engaging or entertaining as the other Korean monster flick, THE HOST, the film does a good job of packing the scares. 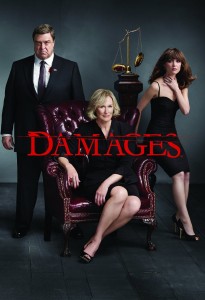 DAMAGES: THE COMPLETE FOURTH SEASON – The show that will be wrapping up its run this upcoming season returns to DVD for the fourth season of taking on powerful companies and people in the name of justice. This season, the law firm takes on High Star, a powerful, private defense contractor that botched a mission in Afghanistan costing lives. John Goodman guest stars as the company’s CEO and is one of the greatest guest stars of the season. This lawsuit is awesome as well as it involves the CIA and all sorts of corruption and danger becomes a part of the drama. 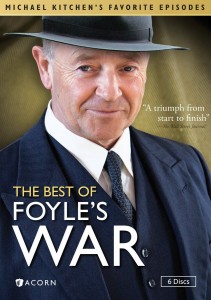 THE BEST OF FOYLE’S WAR – The great U.K. series about a detective fighting his own battles during World War II but on the home front against criminals offers up the ultimate collection of his best episodes from the four series. Contained in the set include “The German Woman,” “Eagle Day,” “Fifty Ships,” “Among the Few,” The French Drop” and “Bad Blood.” The set also includes special features such as interviews with the cast, behind the scenes features, historical background and more. 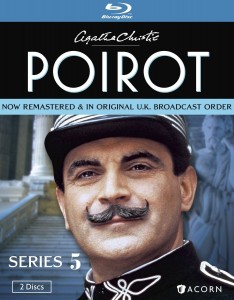 AGATHA CHRISTIE’S POIROT: SERIES 5 – The U.K. classic has returned once again in Blu-ray, remastered and restored from the original source material and offered here in the original broadcast order. This is the David Suchet Poirot rather than some of the other casts and includes “The Adventures of the Egyptian Tomb,” “The Underdog,” “Yellow Iris,” “The Cast of the Missing Will,” “The Adventure of the Italian Noblemen,” “The Chocolate Box,” “Dead Man’s Mirror” and “Jewel Robbery at the Gran Metropolitan.”