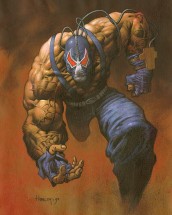 The X List: Bane of THE DARK KNIGHT RISES – 5 Things You Need To Know 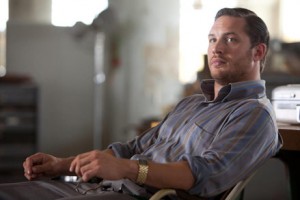 Maybe we need to start with some basics, like the elements of their personalities or storylines from their pasts that make these characters what they are, so here we present a few things to keep in mind as we witness their latest incarnations coming to life on the silver screen (see our companion article for more on Batman’s feline fatale by CLICKING HERE).

1) He’s the “Man Who Broke the Bat” – One of the most memorable aspects of the character’s history is his first appearance during the “Knightfall” storyline, in which he literally broke Batman’s back (he got better). Will Nolan’s Bane snap Bale like a twig? Here’s hoping. 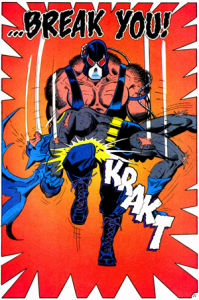 2) He’s Not as Dumb as He Looks – A master strategist, multilingual, and far more sane than he appears, Bane is not a big, thick-headed brute, but a smart operator that can think around a problem as well as he can punch through it. 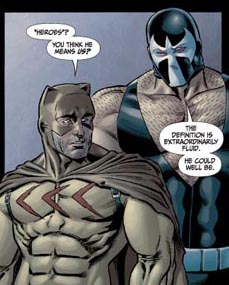 3) He’s Morally Ambiguous – This will look familiar when you also read the Catwoman article. Bane has fluctuated from being an out-and-out villain to an antihero on a crusade against drug trafficking, so he has his soft and cuddly side…sort of. 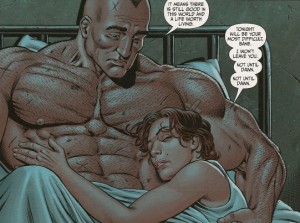 4) He Has an Iconic Look – He’s turned up in comics, cartoons, and yes even BATMAN & ROBIN (there, I said it), but his look has remained pretty consistent as a muscle-bound Mexican wrestler on steroids…because it works. 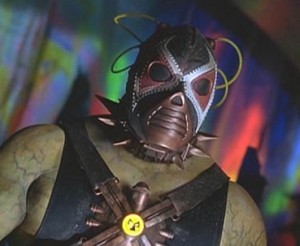 5) He’s No Penguin – Nolan once said he wouldn’t use the Penguin because he’s too fanciful and coming up with the right approach “would be tricky.” Bane is already well within the realm of possibility, and a Nolanesque take on him could be very successful. 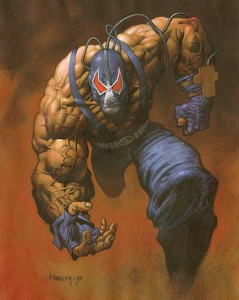 WHAT ELSE DO WE NEED TO KNOW ABOUT BANE? COMMENT BELOW?