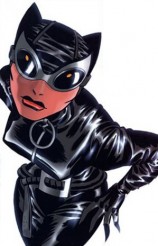 The X List: Catwoman of THE DARK KNIGHT RISES: 5 Things You Need To Know 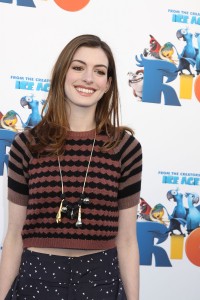 Maybe we need to start with some basics, like the elements of their personalities or storylines from their pasts that make these characters what they are, so here we present a few things to keep in mind as we witness their latest incarnations coming to life on the silver screen (see our companion article for more on the man that broke the Bat by CLICKING HERE).

1) She’s an Original – Selina faced off against Batman for the first time in Batman #1 (1940) as “The Cat,” so she’s one of his very first villains. You don’t mess with a classic, so there’s no need to radically reinvent her…or add a lot of leather straps. Halle Berry, I’m looking at you.

2) She’s Sexy and Empowering – Despite (sometimes) being a villain, she’s often linked with Wonder Woman and Batgirl as iconic female characters that represent independent, powerful women. That makes her sexy for everybody, so let’s keep her that way. 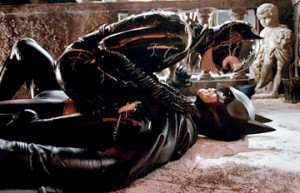 3) She’s Morally Ambiguous – This will look familiar when you also read the Bane article. Selina is usually in it for herself, so this often puts her on different sides…preferably whichever one gets her as close to Batman as she can get. 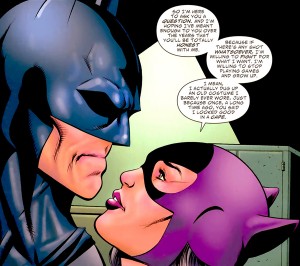 4) She’s Had Many Looks – She didn’t even really have a distinctive costume in the very beginning, but now there are generations that grew up with either Julie Newmar, Michelle Pfeiffer, or the Adrienne Barbeau-voiced cartoon version. They all have one thing in common: skintight duds. Take note, Nolan. 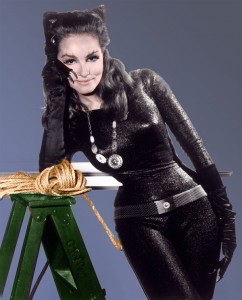 5) She’s Down to Earth – Nolan’s vision of Batman’s world is far more realistic than most, but that makes it a purrfect place (sorry, hard to resist) for this slinky cat burglar to strut her stuff. 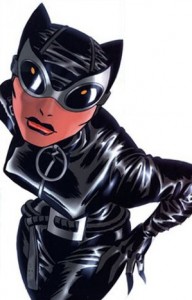 WHAT ELSE DO WE NEED TO KNOW ABOUT CATWOMAN? COMMENT BELOW?