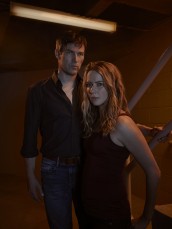 THE GIFTED: Creator Matt Nix on the Season 2 finale and more – Interview

The creator/EP chats about the X-MEN universe series

As Season 2 of Fox’s Tuesday-night X-MEN-derived THE GIFTED hurtles towards its finale in two weeks, we check in with series creator Matt Nix on where it’s been, where it might be going, and why some things happen the way they do.

ASSIGNMENT X: There are so many factions among both the humans and the mutants this season. Are you feeling like, “My God, we’re running out of places to put new factions”?

MATT NIX: Actually, no. I mean, this season is really about factions. I don’t see the show as an infinite subdivision of factions. We wanted to do a season that was really about the idea that you could have multiple sides, like even people who might be ostensible allies in theory aren’t necessarily on the same side.

NIX: Any political situation in this country right now, you can see the fights within the sides are at least as fierce as the fights between the sides, so that was one of the things we wanted to explore. So yeah.

ASSIGNMENT X: Do we know if you’ve got THE GIFTED Season 3 yet?

NIX: We’ll find out at the upfronts, I believe.

AX: Disney is the home of Marvel; THE GIFTED is part of the Marvel Universe. With Disney’s acquisition of Fox, have there been any discussions about what directions Season 3 might go?

NIX: It’s all premature. I guess the bottom line is, I know that I can speak for everyone who works on the show, we’d love to do it again. I think that the most likely thing is that there is some evolution going forward, in a situation where we come back, there probably is. As to whether that necessarily constitutes a creative compromise, it’s impossible to know at this point. And in conversations that I’ve had, just with my writing team and everybody, I think everybody feels the same way, which is, nobody would want to come back on terms which made it impossible to do a good show, and frankly, we wouldn’t say yes to that, but the reality is, shows need to evolve, and if there is a way to come back – I think the LETHAL WEAPON conversation earlier [about how the show proceeded after the Riggs character had to be written out] was a great example. In theory, that shouldn’t have been possible. It just happened to be possible in fact. And it worked, and good for them.

AX: Obviously, we’re not going to ask what happens, but can you say if you decided to end on a cliffhanger or on a note that wraps some things up?

NIX: I was very pleased with how we landed this season, in that I think that there is no question at the end of this season that there is a strong and specific direction to go if we come back, and there is no question, if we don’t come back, that we have told a story. And I think that fortunately, everyone, from the studio to the network to us to the actors, everyone was pretty much on the same page with that. Nobody was like, “Yeah, button it up, it’s done,” but at the same time, to be honest, I would do this even if we were certain [THE GIFTED was coming back for Season 3]. It’s kind of cruel to be like, “Okay, everybody that has stuck with this show this entire time, if we don’t come back, guess what, you’re screwed. There will be no satisfaction, ever.” I just think it’s not a cool way to make television. 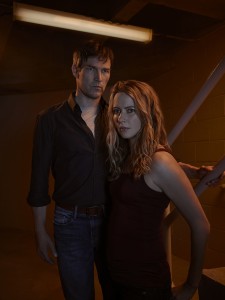 AX: So you’re not doing, “We can take you flying, but we don’t know how to land.”

NIX: Yeah, exactly. And there can be a real inclination to do that, but I think that audiences have gotten a lot savvier about when creators are just leaping in the air, and they don’t know where they’re going to land, and we all know what we’re talking about, people feel like they got burned by some shows, and now they’re wary, and they’re better about sussing out when that’s the case.

AX: You had a conversation earlier where someone was asking you why you felt that genre shows don’t get Emmys, but in fact, there are some genre shows that get a lot of Emmy love, like GAME OF THRONES and THE HANDMAID’S TALE. But those shows …

AX: Well, infinite budget, no act breaks, and the audience can’t trust them in the same way they can trust a superhero show. I mean, not that you don’t have character ambiguity and all of those things, but you don’t have rape, for one thing …

NIX: Yeah. You’re not allowed to do certain kinds of hardcore drama, and I don’t think is appropriate for an X-MEN show, but that’s a thing. The other thing, the hidden factor with infinite budget is, you can kill off characters. You didn’t have to make a season deal on someone. On shows like that, you can actually say, “Okay, let’s bring this character on, it’s clearly a [major] character, we’ll pay them, this is a celebrity, we’ll pay this person like a celebrity, as if they’re doing a whole season, and then they’re going to die in Episode 4.” And that can be a huge surprise, and the economics of basic cable and broadcast don’t really support that. The kinds of things that take your breath away on shows like that tend to be – actually, you know what it is? I’m going to make an argument I’ve never made before. We laid the groundwork in broadcast and basic cable for what takes your breath away on those shows. The reason that they win awards is because they’re specifically doing the things that we can never do.

AX: But do you feel that there’s a reasonable trade-off in, your audience feels safer in investing in characters, because some of your audience wants that safety. They don’t really want to go, “Gee, I’ve invested in this person and now she’s dead”?

NIX: I think there’s that, and then the other factor is, the audience feels safer, and the audience feels safer to bring their kids. They know that certain kinds of things are off the table, and I know that a lot of the shows that I’ve done, and I didn’t set out to do this, but I’ve always had a lot of people say, “We watch your show as a family.” And that’s become very important to me, and I think that you don’t do that if there’s a feeling that some character is just going to catch a bullet out of nowhere and die. And I think that that’s a factor that is important to me and it works, so … When a little kid is at Comic-Con, and comes out crying because they love Polaris so much, and their hair is dyed green, I’ll take it.

AX: And what would you most like people to know about the rest of THE GIFTED Season 2?

NIX: It’s super-exciting. We are super – and it is nonstop. It is breakneck from this point on.