Home » Agents of Shield review One of Us 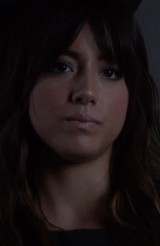 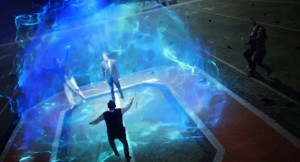 The third episode back from its Winter break and MARVEL’S AGENTS OF SHIELD is a mess.

Up until this point, they had been going in a generally positive direction with the big reveal that Skye (Chloe Bennet) is actually Marvel Universe character Daisy Johnson aka Quake – someone with the ability to create powerful personalized earthquakes. They had introduced Skye’s father as Mr. Hyde aka Calvin Zabo (Kyle MacLachlan) with an agenda to not only get his daughter back but to end the life of the man responsible for his wife’s death in the leader of Hydra. They also had an interesting subplot involving Bobbi Morse aka Mockingbird (Adrianne Palicki) and Mack (Henry Simmons) secretly working against Shield for another yet-to-be-named organization that wasn’t Hydra but didn’t believe in all the principles Agent Coulson (Clark Gregg) and crew were pushing.

Going into “One of Us” we see Zabo (aka The Doctor – yeah he has a lot of names) creating a misfit version of the Masters of Evil in order to get his revenge on Coulson for killing the leader of Hydra before he could do the deed. So he goes about gathering a motley crew of criminals including Angar the Screamer (a superhuman that screams so loud it causes people to pass out), a little known criminal known as Ajax with strength powers and a woman that uses knives for hands.

The entire episode is spent recruiting these people but when the showdown begins with the Agents of Shield, Gordon (Jamie Harris), the blind prophet guy with teleporting and shield generating abilities, takes Zabo out of the fight and the agents must take down the rest of the crew. With Gordon doing a similar trick with Raina (Ruth Negga) before it makes sense that he would be trying to get anyone with ties to the obelisk since he has at least one in his possession but it makes for a jumbled episode and ending given the entire episode was centered on this fight. Still, it does open up some interesting questions as to what Gordon is doing with these people and what his end game is.

Now “One of Us” also gave us a reveal of what Mack and Bobbi have been working toward or rather who for. Another S.H.I.E.L.D. or as they put it, the real Shield not the one that Coulson has been trying to piece back together. Of course, at the end of CAPTAIN AMERICA: THE WINTER SOLDIER and in the mid-season of the first season of AOS, we know that Shield was completely destroyed as a result of Hydra infiltrating the organization and both needing to be wiped out. Now, that may not be totally the case. Is this a real version of Shield? Is it another group altogether? Why haven’t they revealed themselves to Coulson? Why didn’t Fury know about this and warn Coulson?

The other bit of good in this episode was finally Skye/Daisy revealing she is a superpowered individual to the rest of the agents (something Fitz (Iain De Caestecker) had been keeping from them), so at least that cat’s out of the bag. But with the good we got the bad in a psychologist who just happens to be the ex husband of Agent May (Ming-Na Wen) brought to help Skye control her new-found powers. But nothing really comes of it other than Skye internalizing her control and breaking her own bones in the process … something not really explained so far.

Hopefully this is just a blip in the series that had been getting progressively better in the second season and finding its own way in the Marvel Cinematic Universe.