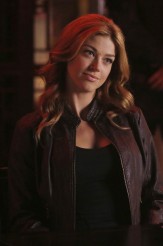 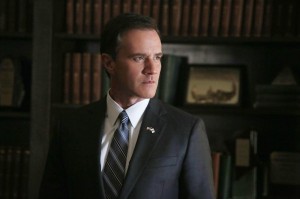 They wouldn’t have put on this whole dog and pony show on MARVEL’S AGENTS OF SHIELD otherwise. The entire episode of “A Fractured House” was just a big set up to get him out of the basement of S.H.I.E.L.D. HQ and put him once again as a player on the show.

Now, whether Ward will be a positive force (doubtful) or continue his evil ways is not yet understood. He has pledged himself to be honest to Skye (Chloe Bennet) for the duration but does that include when he is out in the wilderness is also unknown. But we are definitely heading toward the death of Ward, right? I mean how else could this end at this point? While probably he will cause chaos on this way out … Was Simmons’ (Elizabeth Henstridge) telling him the next time she sees him she will kill him a bit of foreshadowing? Certainly Skye won’t do it. Agent Coulson (Clark Gregg) would and Agent May (Ming-Na Wen) definitely would. But after his escape, there is not a doubt he dies at some point this season.

Like previously stated, “A Fractured House” was all about the end game of getting Ward out of the basement and back into the field in some regard (again, not sure on what side). But it was the lead up to this moment that dominated the episode. First, Hydra attacks the United Nations using some brutal technology that maybe was discovered by the Nazis that disintegrates a person once they get hit. Hydra disguised themselves as S.H.I.E.L.D. agents causing Talbot (Adrian Pasdar) to go to Senator Ward (Tim DeKay) to make a statement denouncing S.H.I.E.L.D. and calling for their heads.

The only tricky situation is that Senator Ward just happens to be the big brother of Grant Ward (the dude in the basement), a traitor to his country and member of Hydra. He wants to keep a lid on this but when Coulson shows up and tells the senator that he has his brother in his basement, he strikes a bargain to give S.H.I.E.L.D. some good press in exchange for getting to put Ward on trial.

In practice, this would work but obviously Ward escapes and that might put the kibosh on any future agreements now that Coulson’s leverage is gone.

The only other item of interest is we see at the end a dude right out of PRISON BREAK tattooing himself in the alien diagram that Coulson keeps drawing (and that John Garrett was writing) due to his exposure to the alien serum. Oh and we got to see Bobbi Morse (Adrianne Palicki) kick some major ass in a hot outfit, which was a nice thing to witness.