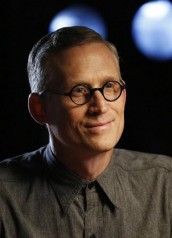 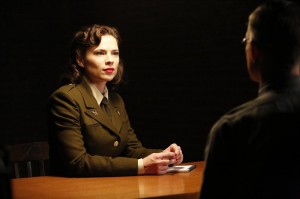 There was a lot of moving parts on this week’s MARVEL’S AGENTS OF SHIELD.

After last week’s really poor episode, I wasn’t sure if we were ready to take another nose dive on this show or if it was a one-time thing. Luckily, “The Things We Bury” really did a great job of righting the ship in the hopes of making a decent impact in the upcoming Fall finale.

“The Things We Bury” was a very fitting title given how much was uncovered in the episode. First, there was the swerve at the end where we learned some of the true motivations behind The Doctor’s (Kyle MacLachlan) desire for revenge. Turns out, Whitehall (Reed Diamond), the Nazi who was one of the generals with the Red Skull, has been able to curb the aging process by harnessing the body parts of what we presume is a part alien human that he tortured in 1945 and 25 years later eviscerated to restore his youth. Oh, and that woman just happened to be The Doctor’s wife (and therefore Skye’s (Chloe Bennet) mother?).

So while The Doctor says he is after Coulson (Clark Gregg) for revenge for taking Skye, his real target may be the man SHIELD is also hunting. That doesn’t make The Doctor any less of a danger as he proved with his interaction with Coulson after Triplett (BJ Britt) was shot.

Second, we had the potential burying of Ward’s (Brett Dalton) brother after he finally drags the truth out of him regarding what actually happened at the well when they were kids. This was more of a stepping stone in order to tie that loose end together in order to get Ward back into Hydra – or at least him masking getting into Hydra given his previous kidnapping of a top general. Of course, Ward killed his brother at the end and framed it to look like a murder-suicide proving as well Ward is just one villainous bastard.

Third, we unearthed the uneasy relationship between Bobbi (Adrianne Palicki) and Hunter (Nick Blood). We knew that they were married but some of the reasons for the breakup came up as Hunter doesn’t trust Bobbi and never will, even if his feelings for her haven’t changed by their obvious hook up. This will be an interesting relationship to watch to see if what he says about her being untrustworthy comes into play, although it would be a far different approach than the comics.

I really like that they keep working in Agent Carter (Hayley Atwell) into the show. Obviously with the new show coming up starring Atwell about Carter’s time as a member of SHIELD it make sense but what they are doing with her makes sense from AOS perspective as well as there are enough ties to the past happening that her presence isn’t just exploitative.

“The Things We Bury” was by far one of the best episodes of the season and hopefully this trend will continue in future episodes.