the following review let me go 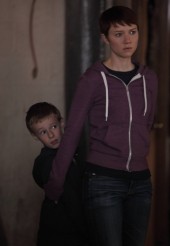 The treatment of criminal justice characters hits a new low 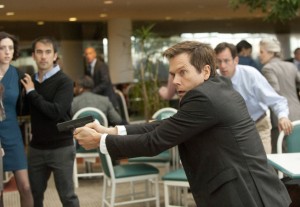 Now that THE FOLLOWING has been picked up for a Season 2 probably what they had in store for the finale of the show may be changing. Then again, maybe they were confident enough to leave it open from the get-go.

I just hope they re-examine in Season 2 how to treat members of the criminal justice brotherhood going forward because someone on the show really doesn’t like lawyers, wardens, police, detectives, the FBI and anyone else involved in the profession. Each and every episode these characters make the stupidest decisions over and over again.

It came to a new high point (or maybe low point) in stupidity for criminal justice personnel in “Let Me Go” where Joe Carroll’s (James Purefoy) attorney, Olivia Warren (Renee Goldsberry), decided to conspire with the warden of the prison to orchestrate Carroll being set loose again on the populous. The warden’s excuse was that Carroll threatened his daughter. So wait, let me get this straight, the warden of a maximum security prison has never received a threat before? He’s crumbling and making wild, stupid decisions because one dude threatened his family? And this doesn’t happen daily in the prison? Then there is Warren, who has already been ridiculous in some of her character’s decisions regarding Carroll – from reading a poem that set off a series of events to basically helping in the kidnapping of Claire (Natalie Zea). Having done these deeds because, she too, was threatened by Carroll’s men and even cutting off two fingers. But instead of telling the police or getting protection she goes along with and then volunteers to help free the man who not only cut off her fingers but who also happens to love to kill women and gauge out their eyes. Makes perfect sense to get in that car. This doesn’t even begin to explain how the FBI, federal marshals and police could be so haphazard in letting Carroll waltz out of a containment vehicle.

Another scene where Ryan Hardy (Kevin Bacon) is hunting down Carroll after he kills Warren (naturally he did, duh) instead of trying to be stealthy he shouts at the top of his lungs “He’s up there!” when he has no backup – where are all the cops that are just red shirts in this show because they get killed left and right – causing Carroll to flee.

I really want to like this show because it has a lot going for it. But this episode and the prior two or three have been so sloppy and poorly written that it makes watching you yell at the screen about the absurdity of the characters.

“Let Me Go” also continues to show that Carroll’s cult is more put together than some country’s armies and the entire police and federal officials are completely, ludicrously being outwitted by apparently endless amounts of followers including many members of their own force (again, showing how little the writers and producers think of criminal justice personnel).

Hopefully with Carroll now in charge of a mass amount of followers we will see the federal agents begin to actually go on the offensive rather than continue to be pushed around in unreal fashion.