the following the fall review 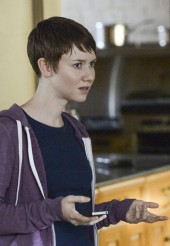 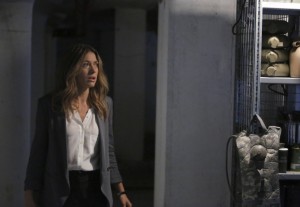 It’s been awhile since I’ve been thoroughly frustrated with a show that I actually kind of like. THE FOLLOWING has proven to be one of the more interesting and engrossing network shows in some time, yet for all the positives it has going for it (occasional clever writing, Kevin Bacon, a creepy villain), it matches that with character stupidity and plot contrivances that really push how much a viewer can take before they give up on the show.

Case in point “The Fall,” a perfectly decent episode, until it reaches its ridiculous ending that is more frustrating that exciting.

The series follows Bacon as former FBI agent Ryan Hardy who is called out of retirement when his old nemesis Joe Carroll (James Purefoy) is back on the prowl having amassed a core group of crazy followers willing to do his bidding to kill, maim and make the lives of Hardy and Carroll’s ex-wife Claire (Natalie Zea). This includes having Claire and Carroll’s son Joey (Kyle Catlett) kidnapped by her creepy nanny Emma (Valorie Curry).

“The Fall” brings Hardy closer to finding Joey, who is at a farmhouse with Emma and her boy toys Jacob (Nico Tortorella) and Paul (Adan Canto). Of course, Hardy, the cops and the FBI spoil everything by a) not checking who might be a Carroll follower and b) lousy work in detaining the suspects, because SPOILER ALERT, all the bad guys get away.

How many times has this happened on the show? Way too many. There’s even a laughable bit where the FBI storms a place where Claire is being held, and her captor literally makes a small explosion and disappears in a cloud of smoke, a FBI agent opens a door and says, “he’s gone” (or whatever boneheaded thing he says), and doesn’t even attempt to chase after him. Really, he was there two seconds ago and now he’s gone, but you’ll not pursue him? Ugh!

The ending to this episode is awful and once again shows how stupid the police and FBI are on this show. If this were 24, pretty much no one would have made it out of the farmhouse. Sadly though, this isn’t 24, which even when it went all out loopy, still presented twists and turns that were interesting (and the show didn’t hang on to character for too long, even if they were beloved).

With all these annoyances, THE FOLLOWING still manages to have some great moments within the muck. The early scenes with Hardy taunting Emma, Jacob and Paul are fantastic. This is the kind of Kevin Bacon I want to see more of on this show, but before he can really get under these characters’ skin, he gets tasered– again – on the show, which messes up his pacemaker. And as he tries chasing the baddies later in the show, he ends up out of breath so he can’t stop them from escaping.

The flashbacks with Debra Parker (Annie Parisse) are quite good though, showing how she became an expert on cults (her family was part of one). All these scenes are excellent, another great oasis in an episode that confounds as much as it surprises.

Honestly, THE FOLLOWING is a show I want to love, but it still fails as much as it succeeds. It’s a strange mix, and every week I give it another try, but it also ends up being another week it does something absolutely ridiculous that makes me not want to come back.

Hopefully the show stops playing it safe and stops taking the easy way out and starts doing more unexpected things. The show has all the ingredients to be great. Let’s hope it realizes that sooner than later and starts to pay off on its early promise.