Season 3 gets off to a strong start 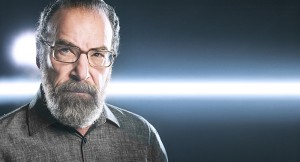 With Claire Danes two for two in Emmy wins for her portrayal of conflicted CIA agent Carrie Mathison in the first two seasons of HOMELAND (not to mention Outstanding Drama and Outstanding Actor for Damien Lewis wins for first season and a ton of other wins and nominations besides), Season 3 launches with some expectations attached. “Tin Man is Down” lives up to the standards of tension set for the complex espionage drama set so far.

Lewis’ Brody is nowhere in sight in the third-season premiere (apart from photos and footage from the past). It’s been fifty-eight days since CIA headquarters was blown up in a terrorist attack, killing 219 people. As the top-ranked surviving agent, Carrie’s mentor Saul Berenson (Mandy Patinkin) is now in charge of the Agency, which is facing its own battle to stay alive – it’s hard to retain credibility as America’s watchdog when you evidently can’t even protect yourself.

Carrie, meanwhile, is being forced to testify before a government committee, which probably wouldn’t go well even if she weren’t off her meds. The situation deteriorates, as someone – perhaps Saul’s cynical colleague Dar Adal (F. Murray Abraham) – is leaking information about Carrie and Brody to the press and to the committee.

With no one, including Carrie, having any idea of where Brody is, Saul sets up an operation to take down terrorists believed to have been involved in the attack on the CIA. Peter Quinn (Rupert Friend) is point man on this. The operation is successful, but at a terrible cost.

Back at the Brody household, Jessica (Morena Baccarin) is coping with being a single mother, under siege from the press, former friends and even her well-meaning mother. Dana (Morgan Saylor) is returning home from a hospital stint after a serious suicide attempt.

The teleplay by Alex Gansa & Barbara Hall keeps all the plates spinning in a wholly organic manner. Carrie’s issues are well-established, so that her actions, which don’t do her any favors, come across as sadly within character. We feel for both Carrie and Saul, as events and external pressures set them at odds. We also feel for Dana, who is suffering not only from the (almost universally shared) belief that her father blew up the CIA, but that he lied to her face immediately before it happened. This would be enough to put plenty of teens in the hospital.

Having Quinn go out in the field does take us away from the main conflicts of the episode a little more than we might like, but it serves the purpose of getting espionage action into the mix. Since the alternatives are requiring Carrie to field work right now, which would utterly contradict the rest of her current storyline, or cutting over to Brody before it’s time to do so, this seems reasonable. Friend (Emmy-nominated for his work in Season 2) is making Quinn a compelling character in his own right.

Abraham does an expert job of making Dar Adal the kind of smarmy cynic we want to see brought low and Tracy Letts (a Tony-winning playwright when he’s not acting) is convincing as the chairman of the investigative committee.

HOMELAND likes to put its characters in crisis and have them move laterally into some other traumatic situation. With Carrie descending deeper and Saul metaphorically trying to dig himself and the Agency out of the hole where CIA headquarters stood, “Tin Man is Down” gets the new season off to a gripping, tonally correct start.