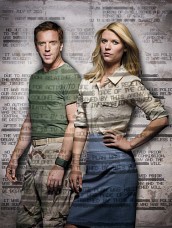 Exclusive Interview: Howard Gordon on HOMELAND Season 2 and beyond

The executive producer/co-creator talks about the hit Showtime series 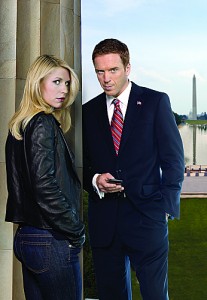 Executive producer Howard Gordon, who adapted HOMELAND with writing partner Alex Gansa from Gideon Raff’s Israeli series HATUFIM, now has a production deal at Twentieth Century Fox and is producing the new drama TYRANT with Raff and Craig Wright for FX. Meanwhile, he’s gearing up for HOMELAND Season 3. He takes a little time to speak with ASSIGNMENT X about what’s happening now and what’s ahead.

HOWARD GORDON: Thank you. I was talking to Tom Sherman from the CW about how do you run a company after you’ve been a writer/producer who’s used to your vision and your taste. Hugh Fitzpatrick is going to be the head of television [for Gordon’s production company].

AX: Are you still going to be able to write?

AX: With HOMELAND, did you have the game plan for second season in there by time you got to the end of first season?

GORDON: No. We had a great idea of where we’d begin and what would get Carrie back in the saddle, but we didn’t …

AX: Was Brody ever actually going to blow himself up? Was that ever a possibility for the end of Season 1?

GORDON: Everything’s a possibility, honestly. And what’s challenging is how what seems like a good idea one day gives way to a better idea the next day, or exposes itself as a bad idea the next day.

AX: How long did it take you guys to thrash out Season 2?

GORDON: I would say months. We started talking about it kind of informally last year and January first, we hit it pretty hard.

AX: And there is the prospect of having many seasons …

AX: Are you thinking, “Well, like LOST, we need to have a set end date”?

GORDON: The show really lives in a very narrow bandwidth of story. By that I mean, we really feel like we have to play out the stories of the characters that we’ve introduced. We have to introduce new characters that are equally complex and equally compelling. And that’s our task for the longevity of the show.

AX: So you’re not looking at a specific end date, you just have to have some characters move out and move more characters in?

GORDON: I think so.

GORDON: Well, I think it’s fair to say that Carrie and Saul [Carrie’s mentor, played by Mandy Patinkin] are characters who in some ways, in the most pedestrian way, [along with] the CIA, are the engine of the series. It still is a show about counter-terrorism. As long as they’re standing, there’s a road for this show. The question is, how long does Brody’s story go?

AX: With the second season of HOMELAND, Carrie hit the ground running pretty literally, despite having had shock treatment at the end of Season 1 – but she’s still not entirely balanced.

GORDON: The pathology doesn’t go away. It’s been treated, but there’s no cure. It’s something that she lives with, so we’ll see that.

GORDON: We debated about whether to put that in for the critics.

AX: Was the mental state of Brody meant to be at all ambiguous at the start of Season 2?

GORDON: No, that’s very specific, insofar as Brody is apprised that the reporter [Roya, played by Zuleikha Robinson] is in fact an emissary from Abu Nazir. And we understand that he really thought that all he’d have to do was influence friends and sort of change foreign policy from inside the government. Brody [was] enlisted to do more than that.

AX: Is there anything else you’d like to say about HOMELAND at this time?