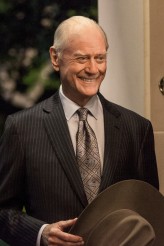 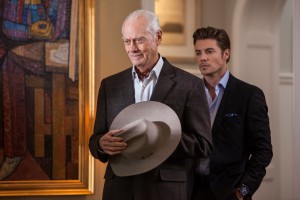 Heartbreak opens episode two of DALLAS with recovering alcoholic Sue Ellen (Linda Gray) about to pour herself a drink, Annie (Brenda Strong in a very solid performance) bedridden because of a harsh rejection from her now 22-year-old daughter and John Ross (Josh Henderson), though not one to admit it, seething with anger while watching the love of his life Elena (Jordana Brewster) be affectionate with Christopher (Jesse Metcalfe).

Christopher is dealt his own blow when because of a bribed witness he loses his annulment hearing, leaving him no choice other than to get a divorce from Pamela (Julie Gonzalo), opening a grandiose vault of possibilities for Ms. Barnes.

We are reminded that the core of the show is built on great casting. The actors embrace their characters with vigor and we quickly become engrossed into the world’s greatest nighttime soap opera once again. If anything, the actors seem more comfortable in their roles now that they have a whole season under their belt. Henderson, in particular, illuminates on screen as if a make believe spotlight is following him whenever he appears on camera. Strong, too, shows off some impressive acting chops, it’s a shame we never got to see them on DESPERATE HOUSEWIVES when she was more or less relegated to narrator.

The slimier the show gets the juicier it becomes and John Ross is just the man to take us there. He beds Pamela in business and pleasure and we are sure to see the two of them battle it out with Bobby and Christopher, together and apart. We have been teased of things to come and it all looks good.