Home » dallas review the furious and the fast 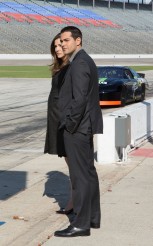 TV Review: DALLAS – Season 2 – “The Furious and The Fast” 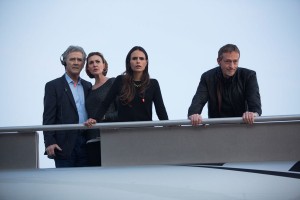 With the latest DALLAS episode “The Furious and the Fast,” the series offers up a familiar question, “Who Shot J.R. … again?”

But first, things get heated as Sue Ellen (Linda Gray) and John Ross (Josh Henderson) lay claim to Ewing Energies to the great dismay of Christopher (Jesse Metcalfe) and Bobby (Patrick Duffy). This puts Christopher’s ex Pamela (Julia Gonzalo) smack dab in the middle between the cousins with her shares, with both boys going at her for her support. Meanwhile, Sue Ellen tries to sweet talk visiting Ewing brother and her ex brother-in-law Gary (Ted Shakelford) who comes to town to help out Bobby.

Elena (Jordana Brewster) and her brother Drew (Kuno Becker) scramble to find their footings after Elena was ceremoniously kicked off the Ewing board by Sue Ellen. The question is, will she scheme with her ne’er do well brother, possibly behind Christopher’s back or will she remain true to her love?  C’mon, it’s Elena we are talking about here. She is less likely to turn her back on someone than Mother Teresa.

To Ann’s (Brenda Strong) delight Emma (Emma Bell) comes to see her, looking to have some sort of relationship with her. But as soon as Harris (Mitch Pileggi) finds out all hell breaks lose and he forbids her to see her again. He plans to ship her and her grandma (Judith Light) back to London the very next morning but, Emma escapes into the arms of Ann and Bobby. Now, we are talking about a 20- year-old woman, right? And yet, she is as childish and controlled as a 10-year-old kid. More and more we see how much control Harris and his mother have over Emma, even trying to medicate her into submission.

Even with an upper hand in Ewing Energies John Ross (Josh Henderson) loses out to his cousin when his planned sabotage of Christopher’s triumphant display of methane gas, via a race car, is a great success. One for the good guy, eh? John Ross hits another blow when Pamela sides her shares with Christopher, making Sue Ellen and John Ross the odd two out. But, it’s not over yet. Or is it?

Just when John Ross gets on the phone with dear old daddy telling him about his disappointing day, we hear J.R. (Larry Hagman) telling him how proud he is of his son and then…gun shots. The last thing we see is John Ross screaming into the phone for his daddy. Heartbreaking on so many levels. After all, we all know this is not some dramatic ploy to woo us suspensefully with us coming back next week to see that dear old J.R. is just fine. No, sadly he is not and we know it. So, this is how they choose to end J.R. forever…being shot…yet again. Only there will be no recovery, perhaps maybe justice though, for his killer.

Next week, the funeral of J.R. Ewing, who it seems has made his curtain call forever.