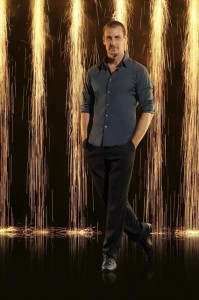 Remarkably, for one of the first times ever on DANCING WITH THE STARS the right four couples are going to the finals. Sadly, but rightly so, Ingo Rademacher & Kym Johnson are not. On this, the 300 episode of DWTS, season 16 is about to conclude on this ninth week of competition, with just one week left Kellie Pickler & Derek Hough, Jacoby Jones & Karina Smirnoff, Aly Raisman & Mark Ballas and Zendaya Coleman & Val Chmerkovskiy are all going to the finals next week.

But before the results came a big 300th show opener followed by some highlights from the night before. Them Jones & Smirnoff were told the good news : They were first to be sent off to the finals. The encore was a  hard choice considering four couples received a perfect 30, however, their dance went to Pickler & Hough and their Argentine Tango. A moving A, T & T Spotlight on a 10-year-old dancer who just broke the record for5 the most continuous turns performed with some DWTS ladies, including her favorite dancer Chelsie Hightower.

A cute video snippet of the couples interviewing their respective partners on camera was cut way too short, again why don’t they do more of these? The Wanted, a “boy band” delighted some audience members as did Avril Lavigne. Then more highlights came before Pickler & Hough were told they, too, were going to the finals. However, in jeopardy were Coleman & Chmerkovskiy. A charming dance by Gleb Savchenko & Sharna Burgess was performed before highlights part three was shown. Raisman & Ballas were next to hear the good news, they were the third couple confirmed to perform next week in the finals. In jeopardy to no surprise was Rademacher & Johnson. Much tot he relief of Co0leman & Chmerkovskiy they were called out as couple number four for the finals and so Rademacher & Johnson, just one week show of the finale, were sent on their way. Stay tuned.