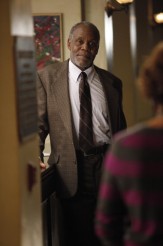 A superb episode of Fox's most promising new series 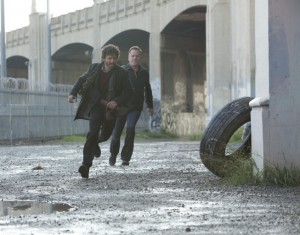 Every time a show proves to be as good out of the gate as TOUCH, you almost fear that the inevitable downslide is coming.

SMASH and ALCATRAZ are perfect examples of first season series that started off strong and faltered quickly.

I’m hoping the bigger picture of TOUCH, since it has proven to be so focused, will be the exception to the rule. It appears it has a pretty detailed plan all mapped out in a way that will provide a cohesive and enjoyable first season without any of the pitfalls that fell on those shows (we’re already getting links to the previous two episodes which is pretty cool).

“Safety By Numbers” is an excellent episode that adds more to the overall mythology as dad Martin Bohm (Kiefer Sutherland) tries to communicate with his somewhat autistic son Jake (David Mazouz) through the power of numbers.

One of Martin’s allies is a man named Teller (Danny Glover) who understands the importance of these numbers and how they’re related. This week, he gives Martin even more information. When Martin explains his frustrating with “running down random numbers” for his son, Teller says that if he doesn’t help in fixing these rifts in the universe, bad things will happen. Nothing is random.

Teller adds, that the numbers point to a disorder in the universe and Jake feels the pain of people touching those numbers until things get right.

Very cool. This episode brings together a dance competition at a music festival, a group of young African boys trying to enter the dance competition online, a lonely girl attending the festival and a homeless man (Rob Benedict), like Jake, who sees the pattern in numbers and tries to fix things. This man calls himself “The Invisible Knight” and uses his ability to see the numbers to right wrongs.

By episode’s end, he bestows the title “The Invisible Knight” to Martin.

Other things we learn – Martin used to be a reporter and uses those skills to help blow the lid off of a corporate scheme that bilked investors out of millions. The importance of this fact, is that it would make things a lot easier if Martin returned to being a freelance reporter. It would make more sense with his investigative skills and give him more resources too.

I’m still having issue with the social service place where Jake is — especially since it does not having adequate security. Once again, Jake disappears, but this time, it’s only in the building. And it’s still hard to shake seeing Sutherland as Jack Bauer at times. You just want him to bust heads really bad.

Nonetheless, the writing is so good on the series, that those minor asides float away pretty quickly and hopefully as the episodes stack up, those things will cease to be an issue.

“Safety in Numbers” is a well-written, solidly executed episode that showcases the power of TOUCH to be a loose genre show with a positive message of inspiration. It’s rare to have such a positive show on the air without it getting too icky sweet, but creator Tim Kring has achieved the impossible in delivering a show that is edgy, fuzzy and wholly interesting.

Here’s to ten more episode of greatness without any missteps.