He also talks about the secret of the series' success 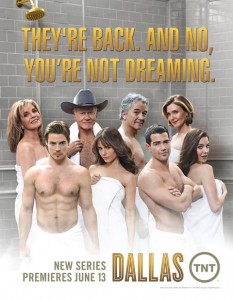 With Season 1 of DALLAS just wrapped, the successful TNT continuation of the classic CBS series, we’ve seen one of the rare instances where characters from an original series have been expertly integrated into a next generation saga.

As executive producer and occasional director of DALLAS, Michael M. Robin knew the risks and rewards of bringing such an iconic show back. We spoke with Robin at a recent Paley Center event in Beverly Hills promoting the THE TELEVISION OUT OF THE BOX exhibit featuring props, wardrobe and sets from classic Warner Bros. Television projects.

Here’s what he had to say about Season 1 and some teases about DALLAS Season 2.

ASSIGNMENT X: What do you think the secret of the success of this new DALLAS has been?

MICHAEL M. ROBIN: The biggest thing, we didn’t want to reinvent the show. This was a continuation. This wasn’t a re-imagining, this wasn’t a reboot, this wasn’t let’s find a new J.R., Bobby and Sue Ellen. We wanted to drop back in eighteen years later and visit old friends and see how their world has changed and see how Dallas has changed. Television has changed too, in terms of how much event you have in a story. They used to have 26 episode seasons and you would have one big event per episode. We’re doing a 10-episode arc on cable, but we had to put these characters through these huge rites of passage over 10 episodes. That’s one of the great tricks of cable. Do less episodes, but you still take the characters through many more events each episode. So the episodes are louder. We knew we had that – the fire power, the things people really loved about DALLAS – the big events, the conflicts, the outrageous things that happened to the characters. So we knew we were going to do it, but in a shorter time span. We were going to make it loud and explosive. Also we were armed with a 16×9 screen with high-definition television, which was not there when the show was on originally. The advantage of the older TVs was, big dramatic close-ups that would fill the box. Now you have a much a larger canvas and it spoke to us in terms of “let’s put some scope and real size to the show.” We wanted to do the whole show in Texas this time, and not hide it for Culver City. “Epic” became the word.

ROBIN: That’s why we had this 16 x 9 frame. We didn’t set out to do a soap, we set out to do an epic family drama. One of the big things for us is we got the tone right and that we kept the mythology of the show in place. Everyone still existed, everything happened in the past, is still happening to them in present. We’re dropping back in eighteen years later on old friends and our old friends look pretty good.

AX: You also successfully integrated the classic characters with the new generation. They’re not just there as a reminder, those famous characters are knee deep in the story.

ROBIN: We felt we had to honor the old show. If we didn’t, we were going to get clobbered and people wouldn’t watch and think it was a cheap imitation. If you were going to bring it back, we had to create a reason people would go and visit it. The old tried and true Bobby, Sue Ellen and JR are formidable,  vital and important to the storytelling.

AX: How many episodes next season?

AX: Will it be one whole season or split up?

ROBIN: It’s for TNT to figure out, but we’re planning that the storytelling has to be continuous throughout the whole 15.

AX: The great thing about TNT is they really stick with their series to see if there is an audience.

ROBIN: With cable, they don’t offer as many shows but the ones they do have they have a desire to make sure they succeed. [It’s not like the networks where it’s] “let’s throw six or seven shows on air in the fall and see if they stick.” There’s two or three, they invest in them and they play to win and need them to succeed. Their marketing dollar is not spread over a whole giant array when launching shows. It’s very specific and timely about what the want. 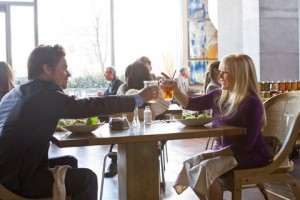 AX: Victoria Principal. Is she still a big get for the series moving forward?

ROBIN: She’s indicated that it’s something she’s not interested in. We take our leads from a lot of that so far.

AX: Anybody else to come back?

ROBIN: As far as we’re concerned, everyone who was in the old show, could be in this show. And it’s just about where the storytelling takes you but we can revisit anyone who is in the mythology of the series.

AX: Is there anything from the past DALLAS series you don’t perceive as cannon? Do you include those movies as part of the mythology?

ROBIN: I think there are elements of the movies in the cannon. I think it’s the sort of, I think if you ask super fans, the agreed upon linage would be our lineage as well.