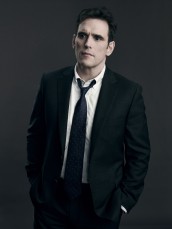 The actor talks his first starring role in episodic television 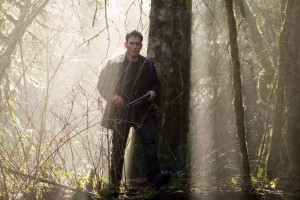 In Fox Network’s limited series WAYWARD PINES, Thursdays at 9 PM, the deceptively pleasant-looking small Idaho town has a lot of secrets, one big one being that nobody is allowed to leave. Executive-produced by M. Night Shyamalan, who directed the premiere, and developed for television Chad Hodge from the novels by Blake Crouch, WAYWARD PINES focuses on U.S. Secret Service Agent Ethan Burke, played by Matt Dillon. Ethan awakens from a car crash in Wayward Pines, where he is lied to and held captive. When he gets a measure of freedom, Ethan finds his partner Kate Hewson (Carla Gugino), who tells him she’s been in the town for twelve years – even though she’s only been missing for a few weeks.

Apart from a few guest spots, WAYWARD PINES is Dillon’s first venture into series television. The actor from New Rochelle, New York, has been a big-screen lead since his first film, 1979’s OVER THE EDGE. Dillon’s portrayal of a troubled teen led to more starring roles in THE OUTSIDERS, TEX and RUMBLEFISH. As an adult, Dillon was nominated for a Supporting Actor Oscar for 2004’s CRASH. Other memorable credits include SINGLES, TO DIE FOR, IN & OUT and THERE’S SOMETHING ABOUT MARY.

ASSIGNMENT X: What made you decide that you wanted to do television right now?

MATT DILLON: It’s the medium with the greatest potential in some ways, creatively. Especially in this particular case. It was a limited series. I like that. I wouldn’t want to commit to four years of something, even though this is great stuff. So that was it. And I liked the people involved.

AX: Your brother Kevin Dillon was a regular for eight seasons on ENTOURAGE, albeit those were short cable seasons. Did you talk to him at all about doing episodic television?

DILLON: We talked a little bit about it, because he has a lot more experience in it than I have. And he did say some stuff to me, but overall, it’s one of those things that you kind of learn as you do it. I talked to him, I talked to Kevin Bacon, who I worked with before – he’s a friend – and I talked to a few actors about it. It’s a lot different [than doing film]. You’ve got to stay on top of the scripts as they come in.

AX: You’ve done some other film noir characters. Do you see Ethan in that light, as sort of a film noir guy?

DILLON: There are elements of that, I guess. But it also goes into a science-fiction realm. I’m trying to see everything on its own, not as part of other things that I’ve done, but as its own unique thing. I’m not used to [projects] where I don’t know what the outcome is – I choose a movie based on the script. That’s it. Obviously, that [script] changes. But in television, you don’t really know the surprises coming down the pike. And that was new to me.

AX: Was there anything you had to learn for the role, like how to break yourself free from a hospital bed? Not necessarily that, but anything that you had to do that required research?

DILLON: I know what you mean. Like how to be wheelchair-bound or an accent or something like that. Not so much. But in a bigger sense, you learn, because you don’t see what’s coming. You don’t take things for granted, either, because you have to be willing to question things. And the character is very much like that. So there is something that happened in that show where what the characters are going through and what the actors are going through kind of merged, not just me, but for some of the other [actors]. The guy wants to ask questions and get closer to what the truth is. So I think that’s one of the things – I always ask, ‘Would the guy really do that?” If something comes in the script and I look at it and it doesn’t hold water for me, I’ll ask a question. “Would he really do that?” I would be tough on material because I think audiences are getting tired if they don’t believe what the character’s doing. Sometimes there’s character logic, but there’s also story logic. You have to have that. I think character logic is really important, that the character is behaving in a way that’s truthful to who that person is, and not because the writer has some far-out idea. But you work that stuff out with the creators of the show and that’s the way we did it. My main feeling is that the story has to run through the characters. It’s got to come from within the characters, no matter what, somehow. It can’t be the other way around.

DILLON: What I’d most like people to know is, we had a really good cast and we worked really hard, that Night really set the tone [for it to be] a director-driven show. Everybody gave it their best.