beauty and the beast review kidnapped

Romance and sex this episode has it all! 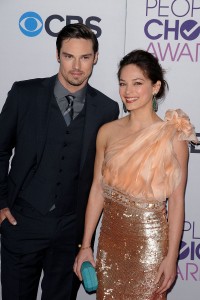 “Kidnapped” is a fun, romantic and sexy episode of BEAUTY AND THE BEAST. Vincent (Jay Ryan) still not remembering Katherine (Kristin Kreuk) or J.T. or anything from his former life, but Katherine is convinced that she must make him remember. Making it harder everyone is looking for Vincent as they think he was the killer of Li Zhao, but was he?

Katherine decides to arrange a picnic up on her rooftop like they used to have as she thinks that maybe it will bring back memories of their happy times together. Nope, as soon as she starts to ask questions about what happened to him he jumps off the roof.

Tracking him she lands up outside Riker Prison where he had just shot one of the prisoners, Carlos Hernandez, a drug cartel, not to kill him, but put him in the infirmary where he could get to him. Donning a doctor coat he is trying to find out from Hernandez, who is his target. Remember in his previous life before joining the service he was a doctor

Vincent leaving the prison of course runs into Katherine and asks her “why are you following me?” He knocks her out and takes her to his boathouse, where he now lives. Blindfolded and tied to a chair Katherine is still trying to convince him that she is only looking out for him. He finally unties her and is about to cook her something to eat when they start kissing and she asks, “does this bring back any memories?” He tells her no and they kiss some more and the next scene they are in bed together. His alarm goes off and he goes “I have work to do.”

Realizing he has to leave, he ties her back up to the chair and she goes “really after what just happened?” He tells her it is for her protection and that he will be back and walks out. In the meantime, Gabe, Tess and J.T. have found her car and Gabe who has to earn her trust back tells them he will go himself to find her that they are too close to the situation. Even though Vincent had done something with her phone they have pinpointed where she is by where they found her car. Arriving at the boathouse he finds Katherine on the floor tied to the chair, as while she was trying to get to the computer her chair tipped over. They check Vincent’s computer and discover that he has been on a social network and was meeting a girl named Gina at this underground club where her birthday party is being held. Gabe knows the place, because when he was cool he used to hang out there he tells Katherine.

After meeting Gina, Vincent asks her to go to another part of the club where they can talk. Going to the VIP lounge he hears Katherine heart as there is still a connection between them and tells Gina to wait there he will be right back. While she is waiting another guy comes in and then Gabe shows up and the guy grabs Gina and tells Gabe he will take her out the alley way so she is safe…he knows Gabe is a cop. After Vincent confronts Katherine he returns to find Gabe and knocks Gabe out and goes out to the alley where he finds this guy trying to hurt Gina. He tells Gina to run, as he and this guy are about to fight. Vincent turns into the beast and big surprise so does the other guy. There are more then one! Katherine observes the whole thing and after Vincent kills the other beast he picks up the body and carries it away leaving Katherine standing there.

She returns home to find a note stuck to her door saying roof, just like Vincent used to do. Going up to the roof where Vincent is waiting, and holding the paper she asks him “is this something you remember?” He goes no and tells her he was there to protect the girl not kill her. He is also returning her phone. Katherine knows someone is controlling him, as he keeps saying he is not allowed to do this and that and that he is a good soldier. She has no idea that it is her real father pulling the strings. Once again she starts to ask Vincent questions and he starts to get mad and pushes her really hard. Shocked Katherine tells him “you never did anything like this.” And of course, Vincent jumps off the rooftop. https://www.assignmentx.com/wp-admin/post.php?post=61541&action=edit

Tess and J.T. meanwhile are sitting in a bar having a drink laughing and talking. Is there a romance for them in the future?

The episode ends with Katherine showing up in Gabe’s office all shook up and telling him “you were right, he is dangerous.”

“Kidnapped” is an interesting episode, but is this going to continue on with Vincent showing up and getting upset by what Katherine is trying to find out and then jumping off the roof? Will Katherine who now realizes he is dangerous jump into bed with him again? I guess the real question would be…how long can this go on with Vincent not remembering who she is? Since the story is BEAUTY AND THE BEAST they have to interact each episode, and how many episodes can be done until everything is resolved? I hope soon, because even though there is no more Muirfeld, there is still her father to deal with, which would open up a bunch of new storylines.