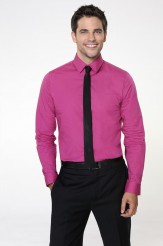 Yes, it's Cher Night on DWTS 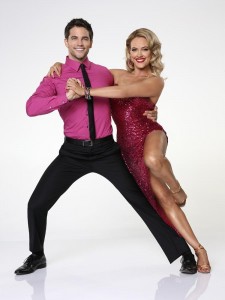 It’s Cher night on DANCING WITH THE STARS: Season 17 – Week Eight and who better to guest judge than Cher herself. In between the dancing and judging, Cher performed two songs for the audience before sadly Brant Daugherty & Peta Murgatroyd were eliminated from the competition. Amber Riley & Derek Hough, once again, reclaimed first place this week, which gave them immunity from the dance off portion of the show. The remaining six couples had to pick a couple to go head to head with and whomever the three judges rated the best of the two duos received a bonus 3 points.

Brant Daugherty (actor) and his partner Peta Murgatroyd
Cute. Cher told him he had that thing. Inaba said he has star quality. Tonioli said his Foxtrot was refined.
Scores: Inaba – 9, Cher – 9, Tonioli – 9, Harland – 9

Who went home: Brant Daugherty & Peta Murgatroyd
Who’s going home next: Well, since Bill Engvall seems to have a huge fan base…it’s anyone’s guess who will be next.
Who Has Legs To Take Home The Mirror Ball: Amber, Corbin or possibly Elizabeth.

Related: DANCING WITH THE STARS Recap – Season 17 – Week 5 – Christina Milian is out