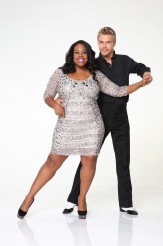 DANCING WITH THE STARS Recap: Season 17 – Week One – Season Premiere 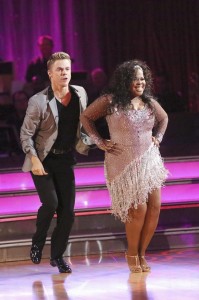 DANCING WITH THE STARS: Season 17 premiered with a lot of changes this season. So far none of them appealing.  The biggest disappointment was the axing of the results show. Now, we have to wait a whole week to find out who gets cut from the show. By that time we will have forgotten who danced what and how bad it really was! Granted there is the benefit of eliminating some of the unnecessary performance fillers, but still, we knew the very next day who was in and who was out. A week, really? Talk about taking the wind out of the sails!

Of course there are some cosmetic changes with the show as well. The cast now sits in the audience watching the others perform and the scores are given out immediately after the judges’ comments. Why the rush? Oh yea, I forgot, because they have to fit in EVERYTHING into one show now! There is a constant feel of time consciousness throughout the show … almost as if we are watching DWTS in sped up time. Whether these aesthetic nuisances are cost related or not I am not sure, but it certainly feels like they took a beautifully crafted performing arts theater and downsized it to a school gym.

As for the show itself, the vibe was mostly there – but why they switched the judges to stage right, or is it stage left… I don’t know.  It feels awkward and unfamiliar. Even though most of the faces are familiar and the routines are recognizable it’s like you came back from the grocery store and someone had rearranged your furniture while you were gone. It’s all there but just not where you’d like or expect it to be.

Sentimentally, seeing Valerie Harper out there dancing was a gift to all those who take life for granted. Amber Riley, along with Derek Hough, pulled herself to the very top with an impressive 27 and many others wow’ed the judges while only Bill Nye “the science guy” disappointed them with a measly 14. Who knows what awaits us next week, let’s hope the show still holds the excitement it once did before someone came in and moved the furniture, so to speak.

Bill Nye (the science guy) and his partner Tyne Stecklein
Gangly and awkward. Goodman said his Cha Cha Cha was painful to watch. Tonioli said it didn’t gel. Inaba said he was the heart of the show.
Scores: Inaba –5, Goodman – 4, Tonioli – 4,  Harland – 5

Corbin Bleu (actor) and his partner Karina Smirnoff
Good but a little shaky. Goodman said his contemporary was full on. Inaba said it was well done. Tonioli said it was powerful and strong.
Scores: Inaba – 8, Goodman – 8, Tonioli – 8, Harland – 8

Jack Osbourne (reality TV star) and his partner Cheryl Burke
He was enthusiastic and nervous. Goodman told him he proved he can dance. Tonioli thought his Foxtrot was joyful and playful. Inaba thought it had nothing but class
Scores: Inaba – 8, Goodman – 8, Tonioli – 7, Harland – 7

Amber Riley (singer/actress) and her partner Derek Hough
Also one who is clearly experienced. Goodman said her Cha Cha Cha was incredible. Tonioli called her a tigress. Inaba said she turned that Cha Cha out!
Scores: Inaba – 9, Goodman – 9, Tonioli – 9, Harland – 9

Valerie Harper (actress) and her partner Tristan MacManus
Grace about her. Goodman said she had an ease and elegance in her Foxtrot. Tonioli called her an inspiration. Inaba said that dance is healing.
Scores: Inaba -7, Goodman – 7, Tonioli – 7, Harland – 7

Brant Daugherty (actor) and his partner Peta Murgatroyd
Not bad to start with. Goodman told him to sail on! Inaba thought he showed a lot of potential in his Cha Cha Cha. Tonioli called him hot stuff.
Scores: Inaba – 7, Goodman – 8, Tonioli – 7, Harland – 7