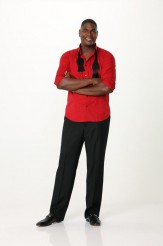 DWTS week two with more dancing and the first elimination 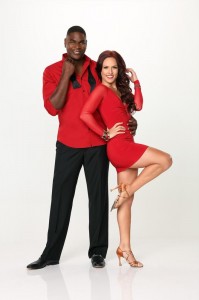 Rush…rush…rush, everything now is such a rush on DANCING WITH THE STARS, it’s almost like they don’t have time now to have the top rated show anymore. No countdown to being safe,  now it’s all done in two minutes quickly at the end…hardly suspenseful.  The video segments have been brutally cut short so we don’t get to know the couples very well. There is no behind the scenes segments at all and all the fluff and flair that made the show is gone. All the “show” was cut out and all that is left is the…”business” aspect.  PLEASE bring back the Results Show!

In the meantime the first to be eliminated in season 17 was Keyshawn Johnson and his partner Sharna Burgess, but even they didn’t have a chance to speak or have their “final” dance. They might as well have called out their names and gave them a heave ho in the rear off the floor! That is the equivalent of how their elimination was handled. Poor host Tom Bergeron was constantly rushing everyone to end on time. He must really hate this too! It’s not working…bring back Tuesday night!

Bill Nye (the science guy) and his partner Tyne Stecklein
A for effort. Goodman said he liked his commitment. Tonioli thought he stepped it up this week with his Paso Doble. Inaba said he was a master of insanity.
Scores: Inaba –6, Goodman – 5, Tonioli – 6,  Harland – 6

Bill Engvall (comedian) and his partner Emma Slater
Cute but a bit out of shape. Goodman said well done to him on his Jive. Tonioli called it a hit. Inaba said it was filled with fun.
Scores: Inaba – 7, Goodman – 7, Tonioli – 7, Harland – 7

Nicole “Snooki” Pilizzi (reality TV star) and his partner Sasha Farber
Some talent there. Goodman called her Rumba pretty. Inaba called her out on a couple of lifts. Tonioli said she needed to learn to act.
Scores: Inaba –6, Goodman –7, Tonioli –  7, Harland – 7

Corbin Bleu (actor) and his partner Karina Smirnoff
He can move! Goodman reiterated with a “you can dance.” Tonioli called his Jive dazzling. Inaba said she loved his musicality.
Scores: Inaba – 9, Goodman – 8, Tonioli – 9, Harland – 9

Amber Riley (singer/actress) and her partner Derek Hough
She can shake it! Goodman told her to work on her footwork. Tonioli said she was a bit flat footed in her Jive. Inaba said she had some technical difficulties.
Scores: Inaba – 8, Goodman – 8, Tonioli – 8, Harland – 8

Elizabeth Berkley (actress) and her partner Valentin Chmerkovskiy
Long limbs work in her favor. Goodman said her Samba was fantastic. Inaba said she was in her element. Tonioli called her out on a few missteps.
Scores: Inaba – 8, Goodman – 9, Tonioli – 8, Harland – 8

Valerie Harper (actress) and her partner Tristan MacManus
How can you not be impressed with her? Goodman said she looked a little uncomfortable. Inaba said it was challenging to judge her. Tonioli said he was glad to see she worked on her shoulders in her Paso Doble.
Scores: Inaba -6, Goodman – 6, Tonioli – 7, Harland – 7

Brant Daugherty (actor) and his partner Peta Murgatroyd
The sexy couple of the season. Goodman liked it. Tonioli told him to work on his walk. Inaba said they had great chemistry in the Rumba.
Scores: Inaba – 8, Goodman – 7, Tonioli – 8, Harland – 8

Who went home: Keyshawn Johnson and Sharna Burgess
Who’s going home next: Maybe Bill Engvall if the science guy’s fan base is as big as it was last week!
Who Has Legs To Take Home The Mirror Ball: Amber, Christina, Corbin or possibly Elizabeth