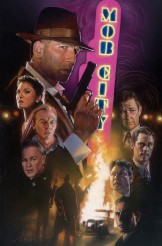 The exec talks violence and casting 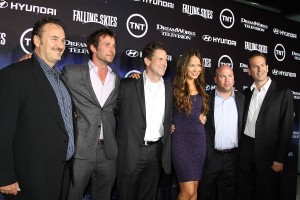 MOB CITY, the series developed by Frank Darabont and inspired by John Buntin’s book L.A. NOIR, dramatizes that battle royal that raged in the 1940s between the LAPD and mobsters Ben “Bugsy” Siegel, played by Edward Burns, and Mickey Cohen, played by Jeremy Luke. The TNT series has its two-hour season finale Wednesday, December 18 at 9 PM.

TNT President/Head of Entertainment Michael Wright takes a few moments to discuss the show’s violence and the casting of Burns as the lethal Siegel.

ASSIGNMENT X: Is the violence level on MOB CITY at all comparable to TNT’s previous present-day cop series SOUTHLAND, or to THE WALKING DEAD, which was also developed by Frank Darabont?

MICHAEL WRIGHT: Certainly, as violent as SOUTHLAND, probably in some instances more so. It’s never gratuitous. The direction we gave to Frank and everybody was, this is a violent world and the audience coming to this, or a great number of them, have a familiarity with the genre. You have an obligation to deliver a certain level of authenticity, based on what they’ve already seen, or they’re going to dismiss it fairly quickly. So it is as violent as it needs to be to be authentic, certainly as violent as SOUTHLAND. In some instances, maybe more so. It’s a different kind of violence than THE WALKING DEAD – I love THE WALKING DEAD, and as brilliant as that show is, it’s still based on a graphic novel and it still lives in that horror space to a certain degree.

AX: Obviously, the violence in MOB CITY is not zombie violence …

WRIGHT: The violence in this is brutal. What’s great about Frank Darabont is, I’ll tell you this – every time somebody is killed in this, violently or not, it is a function of story, which I think is the test. It’s never, “Oh, look, they blew somebody up.” It either reveals character, propels story, it’s a reaction to something the audience is tracking – it’s always germane.

AX: And how did Edward Burns, who’s known as a filmmaker himself and often plays fairly easygoing men, come to be cast as Bugsy Siegel?

WRIGHT: He’s awesome. He’s fun and crazy and cool. He’s got this kinetic energy to him. Frank and I talked about it. I don’t think you should ever limit your casting selections to, “Well, that person has to be …” He’s an actor. He’s a terrific actor. He’s wholly believable in my opinion. Go look at pictures of Bugsy. He’s a handsome, charismatic guy. He’s a guy with a trigger. He can be super-charismatic and charming and smooth and say the wrong thing, and he’s going to go off on you. Eddie has an ability that not every actor has, to play that believably. He goes from zero to sixty pretty quickly. It’s fun to watch. 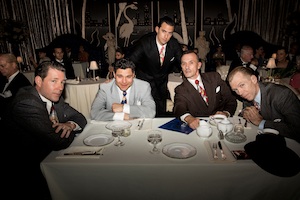 AX: Anything else we should know about MOB CITY?

WRIGHT: I think the show is very smart and a lot of fun.