A quick chat with the costume designer 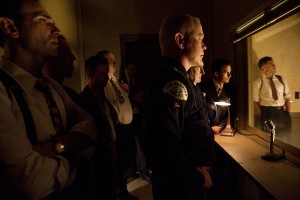 The interiors on the soundstages of Hollywood Red Studios for TNT’s MOB CITY, Wednesdays in two-hour blocks, are as elaborate as any feature film sets. For Frank Darabont’s tale of the Forties-era clash between Los Angeles mobsters and police, production designers Alex Hajdu and Gregory Melton have made sure that everything from the upscale clubs for the well-heeled to the scabby apartments of the desperate all have an accurate Forties look.

The costumes designed by Giovanna Ottobre-Melton are similarly true to life. Robert Knepper, who plays Mob enforcer Syd Rothman, enthuses about Ottobre-Melton’s work, “The costumes are great. You put the clothes on, you suddenly start to feel the character.”

As members of the Television Critics Association are being given a tour of the MOB CITY set for one of the nightclubs, Ottobre-Melton is in the midst of working, but she makes time to answer a question about her influences on the series. “Well,” she points out, “there’s the heavy influence from the missions. We have the Spanish architecture and the color palette I used was Malibu Tile, actually, which you see in a lot of the homes in Los Angeles, so that’s what I used, and you’ll see that type of tile at Union Station. So that was my influence, certainly for the colors.” 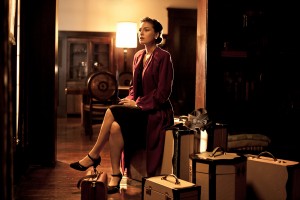 Even though some Forties-style apparel is available either for purchase in second-hand stores or via rental through other studios and costume houses, MOB CITY is a violent show. When characters get roughed up, they bleed. When the fake blood gets on the costume, there’s no time to clean it off for the next take. The upshot, Ottobre-Melton says, is that a lot of the wardrobe is made specifically for the show. “We need to make it if we need to have multiples.”