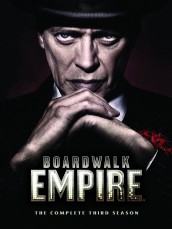 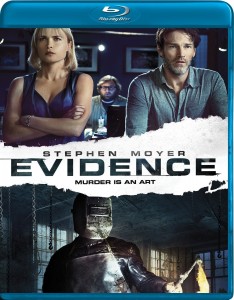 EVIDENCE – A new take on the whole found footage genre, as a group of homicide investigators try to piece together what happened to a bus load of people that got stranded in the desert and all ended up sunny side up. I get why they did it this way with a set of people “watching” the footage and trying to unravel the clues but it comes off as silly. It would have been better served to have been just “found” and we are presented with it rather than “Hey look at this footage, you guys, that’s pretty interesting stuff.” Still, there are some pretty decent kills caught on camera here especially one with a nasty blowtorch severing of an arm. It has Stephen Moyer from TRUE BLOOD fame as well as Radha Mitchell (from PITCH BLACK and RED WIDOW) but they are bit part players as they are reviewing the said evidence. Still it is a nice take on the found footage genre which has become super popular. 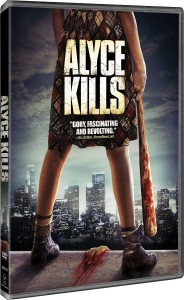 ALYCE KILLS – A milquetoast look at the decent of a young woman into madness after she maybe, possibly, accidently pushes her friend off a roof. This sends her into a drug-induced craze where she says the wrong thing at funerals, has sex for drugs, sees her dead friend at her kitchen table and ends up going full blown batsh** at the end. The problem is that it takes a painfully long time to get to the point and there are zero scares here or anything interesting for a majority of the movie. That makes for a bad time especially when you are waiting for the kills part of the title to come to fruition. While some of the last part kills are pretty good, it still doesn’t make up for what came before. A Netflix option at best. 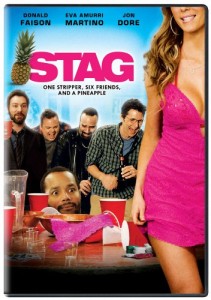 STAG – A pretty funny film about a group of friends that gather for a dude’s stag party before he gets married. The catch is that the guy having the party is the same guy that has tormented his friends for years at their own bachelor party. Now it is time for payback. However, the whole night nothing has happened and he keeps waiting and waiting for something to happen. While it isn’t an award winning film by any means, there are some very funny moments between the set of oddball characters and middle aged stories that any 30-something can relate to. While there isn’t anything on the DVD beyond the movie, still might be worth checking out if you are into something that isn’t action but definitely a guy’s movie. 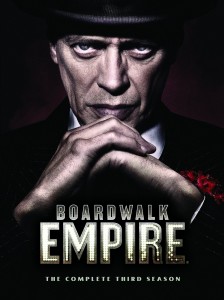 BOARDWALK EMPIRE: THE COMPLETE THIRD SEASON – At the end of Season 2, Nucky Thompson (Steve Buscemi) killed his one time partner and then major competitor in a shocking turn of events. Now, Nucky must mend the relationships of those that he has burned and try to fend off new competition from new gangsters that want his undisputed booze business. There is a lot more action in Season 3 as Nucky’s issues with the other Prohibition gangsters causes some outright violent battles with numerous losses mounting on either side. For a show that is quietly violent – mostly just one guy getting gutted – this type of violence is a welcome change. However, never fear there is still good drama. With Season Four coming soon, this is the perfect time to catch up on what you missed and get ready for the new season.

Loads of good stuff here on the extras including a full introductions to the new characters in Season 3, interviews with the directors that look at how they approached the third season, an interview with Martin Scorsese and his take on the show, six audio commentaries and a recap of the second season. On Blu-ray, there are two other really good featurettes including a character tracker that points to real history and how it is ingrained in the show and a documentary on how Prohibition didn’t do a damn thing to stop the sale and consumption of alcohol. If you are a fan of looking at how things are made, this is a great set. 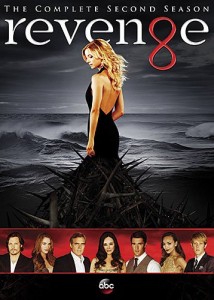 REVENGE: THE COMPLETE SECOND SEASON – ABC definitely has a hit on its hand with REVENGE. While it didn’t break ground in terms of its content, as it is a prime time soap opera, it served as a lot of viewers guilty pleasure surrounding one woman’s quest for revenge – that along the way falls into romance and sleeps with a bunch of dudes. Season 2 while it begins a little slow and poorly with too many subplots that end up being pretty convoluted, the back half of the season kicks into gear as Emily Thorne continues her long burn to getting those back for the bad things they did to her father. Still the qualities that make this a great soap remain and as Season 3 comes this fall, here is the chance to catch up on what you missed or refresh for the new season. 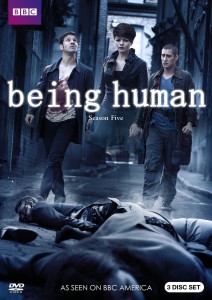 BEING HUMAN: SEASON FIVE – The original BEING HUMAN on BBC has gone through a lot of changes over the years. The entire original cast was either killed off or wrote out and replaced with younger versions but still with their same problems that the originals dealt with. While Season 4 was considered weak, probably because it was a transition to the new characters, Season 5 recaptures the original glory of the show with a balance of humor and drama that has been sorely missing from the show in recent years. And unlike the original seasons where the characters all went in separate directions in their storyline (sometimes intertwined), Hal, Tom and Alex all have stories that are together from the start. While this can sometimes become cumbersome, given how close the friends are to each other it works. In the end, this is a fitting end to the series and fans will be happy.