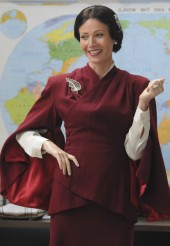 Another wildly uneven episode, with a couple of laugh out loud moments 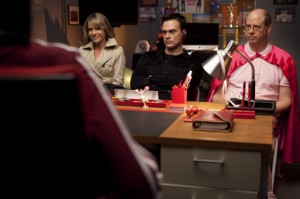 When GLEE wants to bide time, it knows how to do it – although, not always so well and usually to the detriment of the series.

With “A Night of Neglect,” this episode clearly feels like something that was hobbled together to fill in the gaps until the series can regroup and figure out what to do before Show Choir ends up at Nationals.

The plot is so super-thin here, it doesn’t even qualify as an episode at times. And clearly, the cast of supporting players has gotten so big, you start to realize how little screen time the full-time cast members are getting.

The episode is about “neglect” – with not only Show Choir now having to find a way to raise money to get to Nationals, but also to help financially so they can attend a championship. Who is part of the Brainiacs? Mike Chang (Harry Shum Jr.), Tina (Jenna Ushkowitz), Artie (Kevin McHale) and Brittany (Heather Morris). Don’t ask about the latter (though it is quite funny). 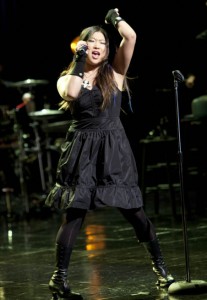 What follows are a bunch of musical numbers and a quick exit for Mr. Schuester’s (Matthew Morrison) new squeeze Holly (Gwyneth Paltrow) – she clearly sees he still has the hots for Emma (Jayma Mays).

Adding to the drama, Mercedes (Amber Riley) goes all diva for a change and we get the first hint that Kurt (Chris Colfer) is longing to come back to McKinley (like that was never going to happen!) There’s even a choice moment where Kurt, Blaine (Darren Criss) and Santana (Naya Rivera) all stand up to homophobe football player Dave Karofsky (Max Adler). It’s one of Santana’s rare redeeming moments as a person the entire season.

Songwise, the show is a bit of a nightmare, including solos by two guest stars (including Paltrow) and a lackluster Aretha Franklin tune sung by Mercedes.

There are some very funny bits (the Brainiacs cutaway) and the way the kids finally raise the money with Sandy giving a large donation to the group by saying, “it’s drug money and a fantastic way to launder it.” Hands down, one of the funniest lines all season.

I have nothing wrong with simple GLEE episodes. What I have trouble with is when those episodes are just hacked with bits and pieces but few cohesive strands to connect them to what’s come before. Again, there’s no regard for consistency with the characters one the show. One moment a character is stupid, the next moment she’s a Brainiac (Brittany anyone?). One moment Kurt doesn’t want to be at McKinley and now, all of a sudden he has a change of heart. Holly likes Will. Then she doesn’t. Sue has a heart, then she’s all bile and vomit.

It’s completely annoying and deflates any sense of the fun (or consistency) the show can some times have.

“A Night of Neglect” can also apply to the storytelling here, where nothing is really essential and everything is an excuse to pad the story by spending way too much time on songs that simply don’t wow at all.

GLEE is notorious for these up and down weeks, so by my calculations, next week should be brilliant – or so we hope.